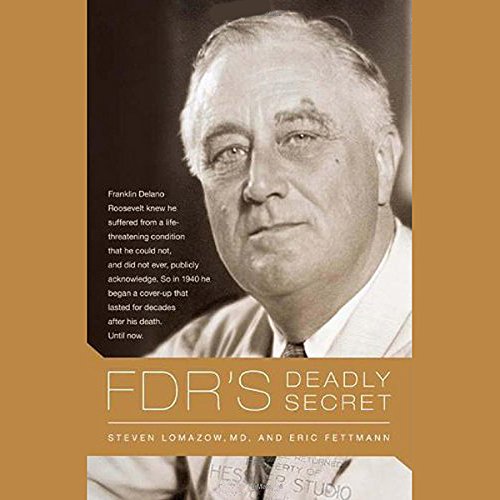 The death of Franklin Delano Roosevelt in 1945 sent shock waves around the world. His lifelong physician swore that the president had always been a picture of health. Later, in 1970, Roosevelt's cardiologist admitted he had been suffering from uncontrolled hypertension and that his death from a cerebral hemorrhage was a cataclysmic event waiting to happen. But even this was a carefully constructed deceit, one that began in the 1930s and became acutely necessary as America approached war.

In this great medical detective story and narrative of a presidential cover-up, an exhaustive study of all available reports of President Franklin Delano Roosevelt's health, and a comprehensive review of thousands of photographs, an intrepid physician-journalist team reveals that Roosevelt at his death suffered from melanoma, a skin cancer that had spread to his brain and abdomen. Roosevelt's condition was not only physically disabling, but also could have affected substantially his mental function and his ability to make decisions in the days when the nation was imperiled by World War II.

A New and Intriguing Theory

This book was FASCINATING. The author posits a very credible theory about the true cause of FDR's death that makes more sense then the "he had heart disease and his doctors ignored it" that I have read in several other books.

The story is well told, and the medical events and terminolgy are written at a level that is very understable for a lay person. I highly recommend this book to any history or FDR buff.