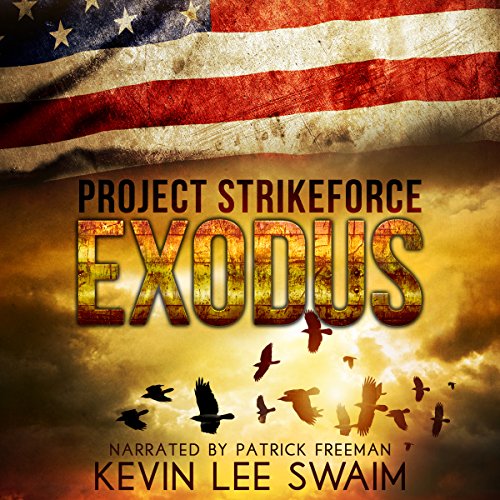 By: Kevin Lee Swaim
Narrated by: Patrick Freeman
Try for £0.00

The Office of Threat Management watches over the world, but super-soldier John Frist is exhausted. When the OTM sends him to Switzerland, it seems too good to be true. It is. The OTM's contact has been murdered, and John and his teammates become the focus of a manhunt that forces them deep underground.

OTM Director Eric Wise suspects the hacking collective Digital Freedom Alliance might be behind it, but why would a group of hackers be so desperate to out a covert American military group? Unfortunately, Eric has more on his hands.

Nancy Smith is determined to find her mother, even if it means killing and torturing Russian spies. And, if that's not enough, Senator Barbara Novak is hell bent on holding the OTM accountable. Will the OTM find out who's really pulling the strings, or will an old threat plunge the world into all-out nuclear war?

Loved this story! Patrick (narrator) did a fantastic job of creating atmosphere and intrigue with his character voices.

Oh boy! If I thought book 2 was a ride, I was not prepared for book 3! There was more political interference in this story which I wasn't thrilled with, but it's the nature of the beast. John, you are the man!! Keep the action twisting and coming in strong Kevin Lee Swaim

*I requested this book and am voluntarily leaving this review.