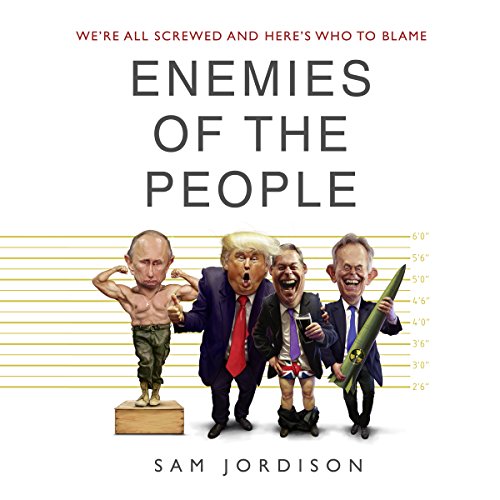 Enemies of the People

Enemies of the People

There was once a fashionable theory that history was determined not by individuals but by economic and geopolitical forces. Recent years have proved that idea abundantly wrong.

From Nigel Farage to Donald Trump via (inevitably) Vladimir Putin, we have largely been governed, endangered and thrown into confusion by a pack of angry men. (Nearly always men. Nearly always white). Men whose ambition is inversely proportional to their ability - and stability. Post-truth, mid-Brexit and with Nationalism on the rise, we stand on the precipice of an uncertain future, and Enemies of the People details those who have stuffed us on the bus and driven us there. Not all are monsters, but whether through malice, bad driving or accidentally taking a wrong turn, these are the culprits responsible for landing us on this dizzying and windswept cliff edge.

Remember, though - they say history is written by the victors, and fortunately many of those currently winning can't seem to write more than 140 characters at a time. This gives us the golden opportunity to set the record straight and snatch back the narrative. But if we've any chance of victory, we first need to know our enemy.

What listeners say about Enemies of the People