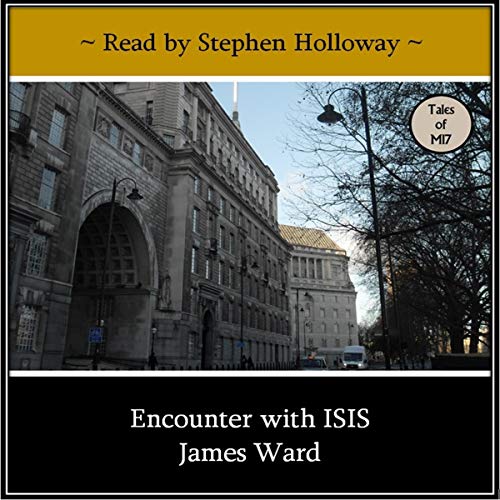 When the 14-year-old daughter of a British government minister leaves the country to join ISIS, MI7 dispatches a cohort of agents to Turkey to intercept her en route. However, maybe not everything is as it seems. How to explain, for example, her long-standing prior antipathy to Islamofascism? Her sudden conversion to radicalism on the very day of her departure? The fact that there is neither sight nor sign of her in Istanbul - or elsewhere?

Agent John Mordred is assigned to investigate. Soon, he has theories of his own, and they fly in the face of the prevailing wisdom. Along the way, he is forced to face an impossible question. How to account for the appeal, to some British citizens, of an organisation that practices genocide, mass torture, and the reduction of women to sex slaves? Barbarism seems to be banging on the doors of civilisation again, in a way unseen since the 1930s. Yet for every evil Mordred uncovers, a counterbalancing good appears. His quest leads him from London to the shores of East Africa, and to a confrontation with the all-pervading power of ideological malice.

What listeners say about Encounter with ISIS

In books, that usually means I get away.

John Mordred works for MI7. He's a spy, one of their best. But forget James Bond - John does have a gun but doesn't a!ways remember to take it with him and anyway doesn't really like hurting people. Or believe in capital punishment: 'spies are almost permanently bored.' And he's a vegetarian.

Two teenagers have gone missing at the same time, possibly heading for Syria as converts hoping to join Isis. One is white, the other Asian and both have prominent parents. . And were they togetber, or travelling seperately? Did they even know each other? The boy was nearly 17, the girl only 14, and both lived and schooled in different places. It's up to John and MI7 to find them and bring them home. Meanwhike, the office seethes with emotional jealousies, jokey bantering and sardonic observations. All protagonists are beautifully characterized by the author and narrator, the very English accented Stephen Holloway, further breathes life into them with separate voicings for each and his leishrely, languid reading of the text. A pleasure to hear.

I really enjoy this MI7 series by author James Wood which is slightly quirky, action filled but not only with confronting the baddies. Sometimes it is more mundane than tbat, but always fascinating and very real. It is not essential to have read any of the previous stories in the series as each is unique. My thanks to the rights holder of Encounter with Isis, who, at my request via Audiobook Boom, freely gifted me with a complimentary copy. Great fun, exciting and it feels like a peek behind the scenes. Great book.

This was a tough book to review for me. I didn't dislike the story. The underlying plot was interesting and kept me wanting to know what the end result was going to be. I kept getting hung up on the interconnecting characters and their communication with each other. There was banter that didn't seem to further the storyline and would have seemed forced if encountering it in daily life. I got lost a few times because of this. I was eventually able to separate the two parts of the book so I could enjoy the plot. I am not sure if I will try to pick up the other books in the series or not.

A story set in today's Britain

Encounter with ISIS: John Mordred, Book 3.The series has developed not only in depth but writing style and it has improved the readability of the books immensely.
John Mordred is not James Bond and he knows this but that makes his character more appealing.
It is a great fun read/listen and very good entertainment.
Narration is good.
And I highly recommend this book and the series.
I was given a free copy of this audio book at my own request, and voluntarily leave this review.

A story from todays news.

In another good story taken from current news the Author delivers a creative story with an interesting variety of characters.


The Narrator enhances the story with a good performance.