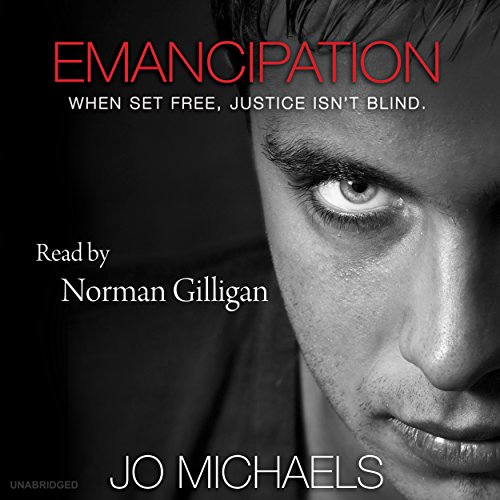 By: Jo Michaels
Narrated by: Norman Gilligan
Try for £0.00

Tobias Butler has been sitting on death row since being sentenced for a gruesome murder in 2007. Bored out of his mind, he decides to apply to the online pen pal program in 2012. It's a pleasant distraction - nothing more, nothing less - for three years, until he's contacted by a beautiful, smart young lawyer named Jess. She's convinced he's innocent and wants to see him freed. As they organize their attack on the judicial system, he wonders how she plans to get his conviction overturned - because he's guilty, and he knows it. Jess is desperate to release him...and he's desperate to feel his hands squeeze the life out of her once she does.

What listeners say about Emancipation

Wow! What an excellent listen. Finished in a day! The story of Tobias, a psychopathic killer caught and on death row for his crimes, or some of them. Into his life comes an attorney who believes in his innocence and sets about trying to defend him in a retrial. Excellent shaping of the two main characters and the unfolding story gets darker and darker. I felt there were a few loose ends at the end of the novel which I won't state as they'd be a spoiler, butt I could imagine a very entertaining follow up! The narrator was excellent, one of the best I've listened to. But this book is not for the faint hearted, the details of violence are quite graphic and would not be to everyone's taste. They are however an essential part of the story. I highly recommend this book if you like your thrillers dark!

Who is the puppet and who holds the strings?

This was a great audio. I never saw the ending coming and I’m telling you it was the perfect ending. This is the story of a man sitting on death row for the hideous crimes he has committed against women. He is guilty as sin and knows there’s no way he’s getting out of prison until one day he is contacted by a very attractive attorney who writes all the right things and he decide to play puppet master. His ultimate plan is to get out of jail and get all her money. How it turns out, you’ll have to listen to find out. The narrator did a very good job of coming off as a man who doesn’t give a crap, with deep mommy issues, and was absolutely believable. The character development was well done and the backstory was well placed throughout the story. A very good twist for those who think they know what’s going to happen but love a good juicy surprise.

If I ever wondered what it was like inside the mind of a serial killer, now I know!

What an interesting book- to say the least. Where to start.... Ok this book is an up close and personal look into the mind of a serial rapist/killer who has many victims. He's been in prison for a long time and is considerably famous. He starts writing back and forth with a pen pal who claims to be obsessed with his case and they quickly fall in love. Or do they??? Is he playing her or is she playing him? Guess you'll have to listen to find out. It will keep you wanting more and you won't want to stop listening. Although I didn't care for the narrator he really was perfect for the part he played. He was a sick killer not a hot professor :) I can't wait for the next book in this series!!!

That was something else!

Would you consider the audio edition of Emancipation to be better than the print version?

What was one of the most memorable moments of Emancipation?

Just the fact that the killer knows he is guilty. It was a unique twist and his fantasies about her.

What does Norman Gilligan bring to the story that you wouldn’t experience if you just read the book?

His voice added the perfect about of darkness to Tobias.

Not really. It was a more suspenseful than moving book.Being inside Tobias' head was very freaky. I felt the end coming and was please to see how it played out.

Wow!!!!! Just Wow! In the beginning I was emotionally confused by Tobias. I didn't know if he turned me on or creeped me out. Probably a little of both. Jo Michaels's mind is scary as she manipulated this story and twists the mind of the reader like a knotted braid. It was PERFECTION!

Norman Gilligan will now be type "narrator" cast. Like any time I see his name he will always be Tobias lol. His voice was perfect as the psycho, inmate.

This was my first book by Michaels and let's just say it won't be the last!

Holy Hell. Norman Gilligan was fantastic as Tobias and Jo Michaels told a delightfully dark, unique, twisted tale that kept me listening with turns I never saw coming. Fans of Dexter, The Taker and In the Company of Killers will enjoy this standalone thriller.