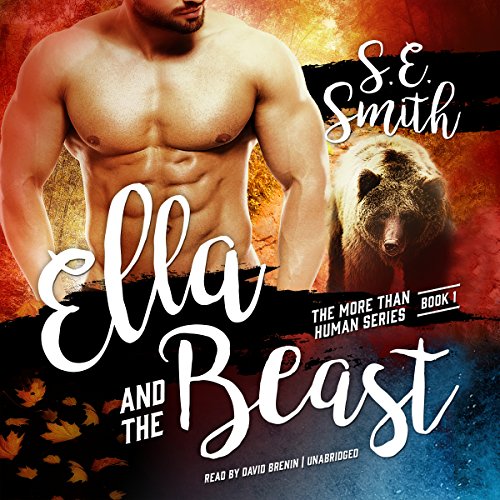 Ella is the last of a dying breed of humans who live hidden deep in the forests of Washington State. All of her life, she has heard horror stories about the Others, the beasts that live beyond the safety of the mountains. In ancient times humans and the Others lived together in peace, but a great battle divided them, and the shape-shifting species won the war.

Ty Bearclaw, a grizzly-shifter, is the curator at the Washington State Animal Sanctuary, Research, and Observation Center (WSASROC). A call from a rancher about an unusual animal causing havoc along the borders of the National Forest brings him to the Olympic Mountain National Park. Ty is furious when he discovers that the rancher has placed a trap to capture the creature on government-protected property. His shock soon turns to horror and confusion when he locates the wounded "animal".

Ty finds more than he expects when a human, thought to be extinct, turns up in the trap. What is even more confusing is his bear's reaction to the female. When word escapes about his discovery, Ty must fight to protect the unusual woman who is more than an oddity - she is his mate!

Can Ty keep Ella alive and safe from a shifter obsessed with adding her to his private collection? Not only that, can he protect her when his own government threatens to take her away from him?

What listeners say about Ella and the Beast

The storyline was refreshing in it's approach, a complete turnaround and I loved it i can't wait for the next book

As always, David Brenin did an excellent job performing this story, and I will forever be thankful to S.E. Smith for introducing me to his talent through her Alliance series.

As for the book itself, I loved it. For someone who reads and listens to many sci fi / fantasy romance books each month, this is such a unique way of approaching the Shifter genre. I read the book on Kindle a while back, and had read it again since then. I don't always buy the Audible for books I've read on Kindle, but as soon as I saw it was available for pre-order, I jumped on it. Imho, the story is that good.

In addition to being a refreshing and extremely enjoyable romance, it truly made the plight of Aboriginal peoples and their disappearing cultures real to me. I think the best books not only entertain, but also function as a telescope and a mirror, teaching us about others with whom we share this world and ourselves. I hope S.E. Smith allows this book to become a series. If so, I'm definitely going to be buying the Kindles and the Audibles from now on.

I liked this story. S E Smith has quickly become a favorite of mine and the combination of her stories and David Brenin's narration is always a winner. Smith has created a fun and unique shifter world where humans are thought extinct until a lone female is discovered. Ty and Ella are likable characters. The storyline is decent. There are several good secondary characters. I just didn't completely "feel" the book. Something was missing for me though I'm struggling to put my finger on it. It was an enjoyable listen and it is worth the credit if for no other reason than to find a new shifter world to play around in.

Shifters with a twist..Humans are the rare ones

I loved this book... such a different take on Human/Shifter relations.

Made me think of white man and native American relations in then early days of the American colonies... so sad.

I liked Ella right away... she is beautiful, strong, and capable, and fiercely loyal.

Ty is your typical alpha male in many ways, however I liked that he could see and appreciate Ella's strengths.

The story was interesting and kept me guessing on many points even at the end, like... who is the collector? Is there more to the war between humans and shifters then their history recorded? What will happen to the humans now,and are there more humans elsewhere....?

my only complaint is that I now have to wait for more in the series... and I hope that there will be more

lets not forget the narrator who did an amazing job... especially when things got hot

I really hope the author pursues the rest of this series. I noticed that some of her series drop off or are completely abandoned. That being said, this book was done right and the concept and comedy of it all genius. From the writing down to the actors reading, this audio book provided an experience that was equal to enjoying a really good movie at the theater. Kudos! Please continue the excellent work!

I did enjoy the book, but just wasn't as captured as her other books. I love David Brenin as a narrator and S.E. Smith is amazing! This story just seemed a little forced, the first half was great though then it kind of lost some interest for me. I still have a few questions unanswered and that bugs me.

This story is so different than your normal shifter romance story. The story is centered around how humanity was almost extinct and forced into hiding. a battle from centuries ago between the shifters and the humans which left a low population of humans, the humans keep their existence hidden by living in the wild. While shifters continued to live believing humans were extinct and a myth in their current century. The shifters mostly live in cities. Until a shifter encounters a human female in the wild. I don't want to give away the story with much detail but This story is a must listen. It has all the emotions one can think of. Fear, love, anger, lust, prejudice, pride, determination ect.. the story also has many funny moments as well. The narration is fantastic as always.
S.E. Smith out did her self again. So credit worthy. I can't wait for the next book.

Another awesome book by SE Smith! I am so used to her alien romance that this shifter one was a good change! I am sad there isn't a book 2 yet but def worth the listen!
I love when she uses David Brenin as the narrator! Idk what it is about his voice but it goes perfect with her books!

I will be on the lookout for book 2! This is a great book, I highly recommend it. This is also one of my favorite narrators so that doesn't hurt. A+

Been a fan of SE Smith’s books for a while but this book threw me off for a while. The it b came a favorite. Humans don’t have all the knowledge of the world shifters do you.