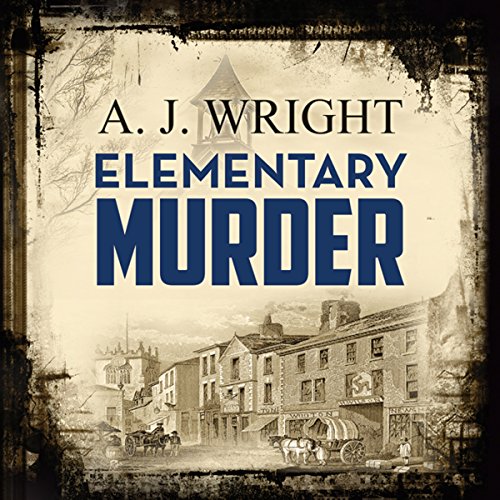 1894, Wigan. Miss Dorothea Gadsworth is interviewed for a teaching vacancy at George Street Elementary but is ultimately dismissed as a candidate. The following Monday morning, her body is discovered in a locked classroom with a note by her side.

DS Michael Brennan is called in to investigate what appears to be a straightforward suicide, but his instincts tell him there is more to this case than meets the eye. With the door locked from the inside, staff members with plenty to hide and a student missing from the school, DS Brennan, aided by the scowling Constable Jaggery, wrestles with one of his most intricate investigations yet.

What listeners say about Elementary Murder

Transfixed from the moment I started listening!

I downloaded this book as I have read multiple others of AJ Wright - in particular, Striking Murder (which was 5 stars!)

From the moment you start to listen, you are transported back to a time in Victorian Lancashire (Wigan).... every twist and turn threw me and I changed my opinion of "whodunnit" at least three times.... I was wrong!

The narration of this book is very good. The story was okay but moved very very slowly and somewhat boringly to the conclusion.

I liked this story line. But I think there are too many characters. Maybe I just can't keep track of them as well as I used to.