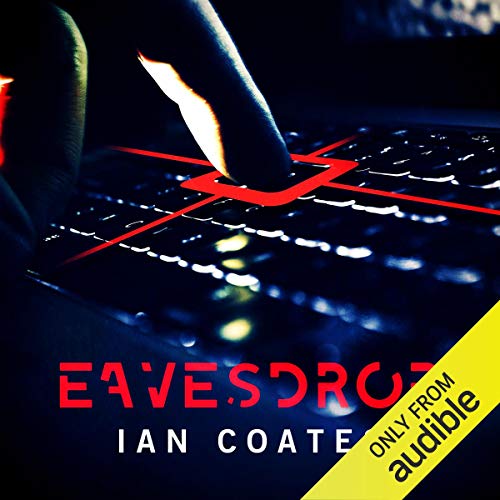 Customs Investigator James Winter must overcome them all if he is to save his career - and his life.

Winter, an ex-MI5 operative, battles to clear his name after being wrongly accused of colluding with diamond smugglers. When suspended, he vows to discover how the smugglers repeatedly avoided the traps set by his team. But as his wife undergoes cancer treatment, he finds it hard to balance time at her bedside with action to vindicate himself.

An email from their high tech equipment supplier soon sets Winter on the trail of a Mossad spy whom he discovered is somehow involved. The chase takes him from the windswept Romney Marsh of Southern England to Helsinki and Finland’s snowy interior and rapidly places him in the path of a Syrian assassination squad.

Al-Jabib ran a gloved fingertip across the engraved skull and crossbones and felt a tingle of anticipation mix with his nerves. It was really happening; he, Bashar Al-Jabib, was about to initiate the most audacious operation in all Syrian history. He touched the locket that hung around his neck. 'Mum and Dad, you’d be proud of me.'

In this fast-paced and suspenseful espionage thriller, James Winter stumbles into an international mystery involving Mossad, a Middle East terror plot to destabilise Israel and the global political climate. With the help of a dubious partner, Winter risks his life, but will he be able to stop an international conspiracy and clear his name?

What listeners say about Eavesdrop

A Miss For Me

It's been quite a while since I've had a hard time getting into a book.  Eavesdrop just felt like it was kind of all over the place in its execution.  I had a real hard time figuring out why things were happening and things just felt like they were thrown in here for the sake of having them - not to add to the story.

The narration itself (and production/post) also bugged me more than it usually does.  It wasn't bad, but when an author jumps around between characters, plot points, and places - pausing and the ability to switch tones, voices, and feeling when it's not there it really takes away from the book.

The plot itself was interesting but hard to follow.  I wanted to like this more than I did and I even put it down for a while hoping that I was just in a funk instead of it being a problem with the book.  I don't like being the only review of a book when I'm talking negative about it, but I had to write what I thought about it so that others could make up their own choices.

I thought this was going to be more of a technothriller but it actually reads more like a spy thriller than anything.  I like those as well - but going into it with one thought and getting another definitely hurt my thought on the book a bit.

Overall, a miss from me, but others might enjoy it.