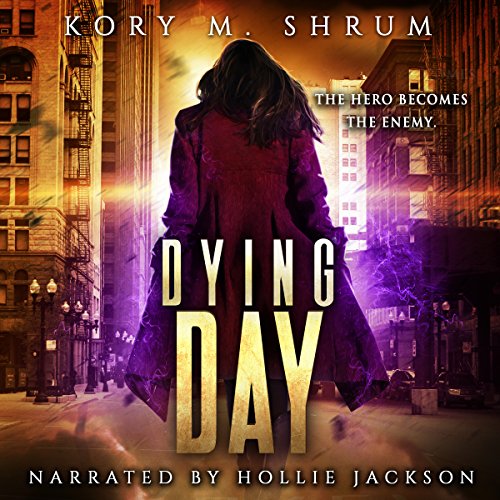 She was the hero. Now she is the enemy.

Jesse Sullivan has defeated her father and saved the world from his dark machinations. But as the beloved face of The Unified Church, his death has made him a martyr and now his murderer is public enemy number one.

But it isn't the countless government agencies and freelance assassins who want Jesse's head that she should fear. It is the powerful entity who's come to reclaim the world she has stolen from him.

Dying Day is the riveting conclusion to the *Dying for a Living *series. You do not have to listen to the audiobooks in order to enjoy them, but it is highly recommended.

What listeners say about Dying Day