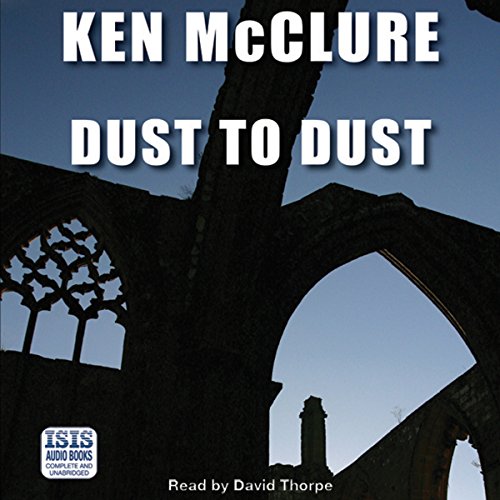 By: Ken McClure
Narrated by: David Thorpe
Try for £0.00

John Motram has the chance of a lifetime. A cell biologist convinced that the Black Death was not caused by bubonic plague but by an unknown virus, he is asked to examine preserved bodies buried under the ancient abbey at Dryburgh. However, Motram’s excavations end up in disaster when he first becomes violent and then dangerously ill after entering the secret tomb. As he hovers on the edge of life, and journalists and government authorities, each with their own agenda, begin to circle, Dr Steven Dunbar begins his investigation. Has Motram just been unlucky, or has a killer virus risen from the dead?

What listeners say about Dust to Dust

A bit slow to start with but then takes off into a gripping story involving two seemingly separate strands that are brought together in a surprising finale. The author’s professional expertise in microbiology gives credence to the havoc that could engulf the country if terrorists used biological warfare on the population..
David Thorpe as usual does a fine job of dramatising the narrative.

This book is number 8 in the Dr Steven Dunbar series, this is absolutely not an archeological mystery (as I had thought when buying this book) nor does the book focus on history at all.

Despite being mislead by the premise I did end up liking the series which is about a specialist detective who investigates science-related crimes usually involving a conspiracy or two.

A really good story and enjoyable all the way through. The ending is a little bit disappointing and some of the voices seemed a bit OTT (especially at the start) but other than these minor niggles I found the book really entertaining.