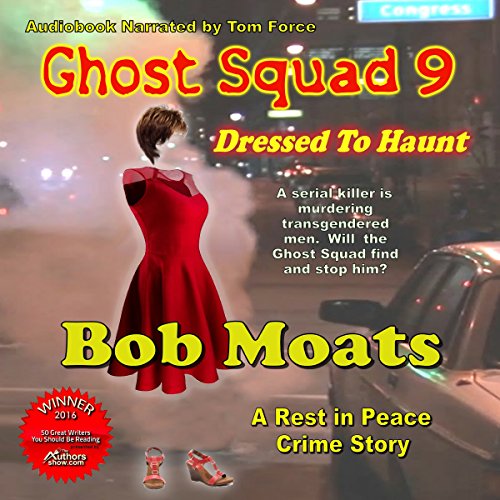 Detroit Police Detective Russ Baker is in charge of Cold Cases and with his partner, Mary, and their ghostly friend and partner, Wes Loomis, they have to solve murders to be able to send the victim's spirits to the hereafter.

Three women who turned out to be transgendered men are murdered by the same killer. It's up to the Ghost Squad to track him down. Along the way, Wes finds another killer who murdered his wife. Now they have two cases to solve, sending four ghosts on to the hereafter.

Murder, mayhem, humor, ghosts galore, and lots of fun are in store in this paranormal ghost crime story by Bob Moats. This book is a novella.

If you could sum up Dressed to Haunt in three words, what would they be?

Which character – as performed by Tom Force – was your favourite?

loved all of them

I wanted something light but interesting - this fitted the bill

What made the experience of listening to Dressed to Haunt the most enjoyable?

it's a fun series. love the series and all the characters that's unusual for me