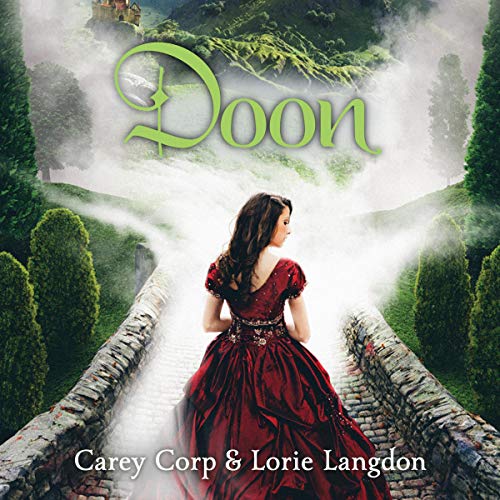 When her best friend, Mackenna, invites her to spend the summer in Scotland, Veronica jumps at the opportunity to leave her complicated life behind for a few months. But the Scottish countryside holds other plans. Not only has an imaginary kilted boy followed her to Alloway, but she and Mackenna also uncover a strange set of rings and a very unnerving letter from Mackenna’s great aunt - and when the girls test the instructions Aunt Gracie left behind, they find themselves transported to a land that defies explanation.

Doon seems like a real-life fairy tale, complete with one prince who has eyes for Mackenna and another who looks suspiciously like the boy from Veronica’s daydreams. But Doon has a dark underbelly as well. The two girls could have everything they’ve longed for...or they could end up breaking an enchantment and find themselves trapped in a world that has become a nightmare.

Good but definitely not Scottish

Good world building but at times the pace did drag. The Scottish accents are terrible but if you can convince yourself they're from another fantasy land then it becomes alot easier to listen to.

The reading is so fast and annoying, I gave up on the book after 5 attempts at getting past the few chapters. The plot is very promising

This book will always feel like home to me. It's a story of true friendship, faith in the Protector, love, courage, and sacrifice. It's a big like a modern Narnia.
The narration was great, it took me a little bit to get used to Kenna's voice, bit I loved that they were separate narrators, as well as the accent. I'm so glad I own this audiobook 💗 I'll definitely listen to it again.