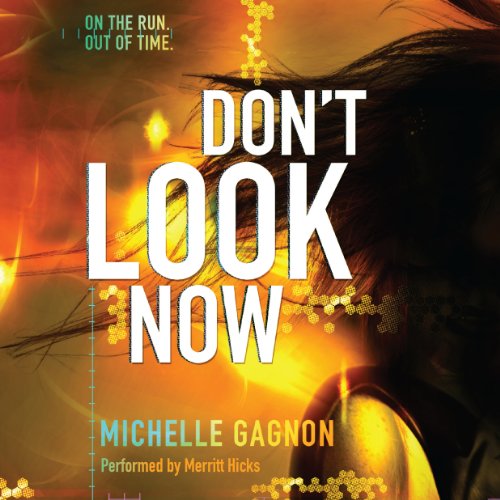 Noa Torsen is on the run. After outsmarting the sinister corporation behind Project Persephone, Noa and her friend Zeke move stealthily across the country, rescuing runaways who are targeted to become test subjects. Noa knows all too well what happens on the Project's operating tables: She still bears the scars. And she's determined to keep the Project from using other teens as guinea pigs.

Back in Boston, Peter anxiously follows Noa's movements from his computer, using his hacker skills to feed her the information she needs to stay alive. But he's desperate to do something more to help. Especially when he learns what Project Persephone has done to his ex-girlfriend, Amanda.

Then, in an explosive confrontation, Noa and her team are trapped in the one place they thought was safe. It will take everything Noa and Peter have to bring down the Project before it gets them first. And with no one to trust and enemies hiding at every turn, they may be the only people alive who can.

This jaw-dropping second book in the Don't Turn Around trilogy raises the stakes to their absolute limit and will leave readers begging for the exciting conclusion.

I loved the first book and immediately purchased Don’t Look Now upon its release.

I praised Don’t Turn Around for being smart and gutsy both in story and characterisation. They say you should be careful what you wish for though…

Everything I loved about the first book seemed to have morphed into something inaccessible in the second book. The story was so far in motion when the book began I no longer felt like I was being treated as a smart reader but being cheated out of major parts of the story.

The tough and aloof heroine faced the challenges of social interaction and romantic entanglements only to become even more distanced and obtuse.

The multiple POVs that always kept us with the action were increased and I felt like I didn’t get to spend enough time with any of the characters.

Now I could have forgiven a lot of this in the grand scheme of things because book 1 was so good and I still have hope for the series.

Unfortunately something happened before the turn into act 3 that made the book simply irredeemable. I do spoiler-free reviews so all I’ll say is that the author has the heroine do something wilfully and unnecessarily stupid just to bring about the final act action. Selling out a character you’ve spent 2 books building as tough, smart and independent just because you need some action to cover a lack of plot resolution is utterly unacceptable
.
Yeah, I’ll read third book in the series when it’s released but this entry is torched for me.

I’m sincerely disappointed with Don’t Look Now and while I’ll continue to recommend the series, I can’t really tell people to pick this one up as it stands.