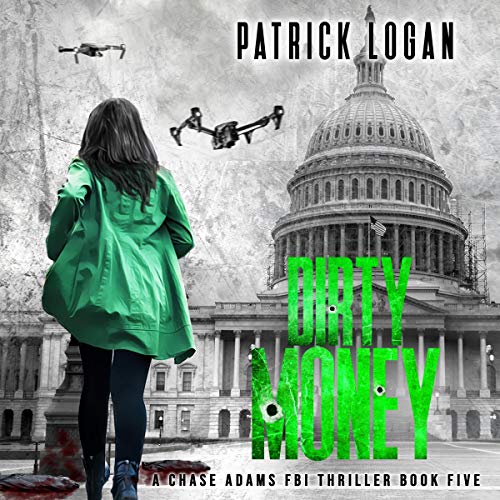 FBI Agent Chase Adams has hit rock bottom. Found in a rock quarry in Virginia, Chase is battered, bruised, and clinging to life. It takes the collective efforts of the few people she hasn't burned to drag her back to the land of the living and make sure that she stays there. But their efforts aren't entirely altruistic. While Chase undoubtedly needs her colleagues, the FBI also needs her.

They have two dead bodies on their hands, but these aren't your regular run-of-the-mill vics. Two prominent politicians are shot dead in broad daylight in Washington, DC. The only clue left behind is the presence of a low-flying drone at both scenes.

One thing is clear, however: There will be more deaths if the killer's demands aren't met. The only problem is, the FBI has no idea what the killer wants. Neither does the ATF or the Secret Service. Which is why they need Chase and her special ability, her strange capacity to see through the eyes of the dead, in order to find out who's behind these murders before they strike again.

But Chase isn't even sure if she can handle going back into the service after what happened in Tennessee, let alone whether or not her talent will lead them anywhere.

Or if she can keep her own demons at bay long enough to catch another killer.

i couldn't even get through the 1st chapter because the narrator was wrong. too bad.