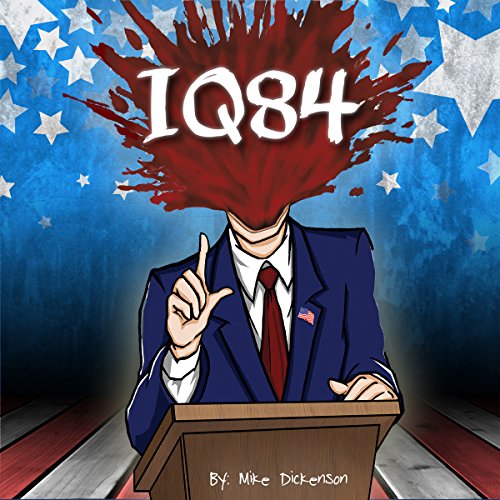 An unknown terrorist has released a biological weapon onto the American public. Anyone with an IQ over 84 is in danger - people's heads are exploding - the country is on lockdown. Everything is about to change forever.

Luckily, some people are still alive. Like the president of the United States. And Congress. And millions of idiots determined to figure out why their heads aren't blowing up.

Which brings us to David Dingle. He's the not-too-bright guy whom this whole story revolves around. A lot of people revolve around David Dingle. Some of them include a Las Vegas cocktail waitress, an ineffective jihadist, a Grand Dragon of the KKK, a creationist and his very extended family, a pill-popping doctor, a drop-dead sexy clepto-nympho-suicidal-maniac, and a rogue Illuminati mastermind to name just a few.

Now David Dingle doesn't know much about these people, but frankly, he doesn't know much about much. He's just a simple American with a government job and a fantastic phone who one day finds himself at the epicenter of the biggest biological terrorist attack perpetrated on American soil. And now everyone's after him. Not cool. All the while, the president of the United States has to keep voters' heads from blowing up before re-elections - things couldn't get worse.

A timely satire that dives into the darkest corners of American Culture, IQ84 examines some of the most controversial issues in America today. It's a book about freedom.

Irreverent as heck and HILARIOUS!! The humor is a twisted blend of Family Guy, Hitchhiker's Guide to the Galaxy, Seth Rogan films and Idiocracy, with the satire and WTF feel of Last Week Tonight, Late Night w/ Stephen Colbert and People of Walmart.

Above average intelligence can kill you when a virus is released in the US. It's going to be all right, though. The President and his VP are safe...

Read by the author, the caricatures of all types of 'muricans are full blown, distinctively different and well done. Hope you have a thick skin!

I do, however, suggest you listen at .90 as Mike tends to speak a bit too quickly!

Mike Dickenson is an excellent narrator, giving an enthusiastic performance of many characters. And the basic premise of the novel is good. However, all the book really does is to make fun of stupid people. By stupid the author means religious people, politicians or political extremists, or poor whites. The groups that can be made fun of while being politically correct. His PC slapstick humor is more sad than funny.