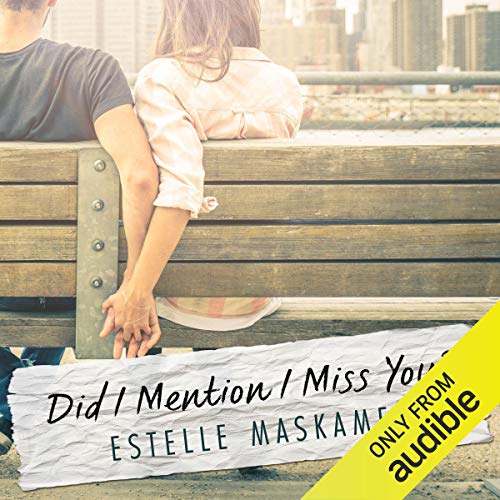 Did I Mention I Miss You?

By: Estelle Maskame
Narrated by: Kelly Burke
Try for £0.00

A year has passed since Eden last spoke to Tyler. She remains furious at him for his abrupt departure last summer but has done her best to move on with her life at college in Chicago.

As school breaks up for the summer, she's heading back to Santa Monica, but she's not the only one who decides to come home.... Having been left behind to deal with the aftermath of their bombshell revelation and a family torn apart, Eden has no time for Tyler when he reappears. But where has Tyler been? And is she as over him as she likes to think? Or can Tyler and Eden finally work things out, despite their family and against all the odds?

What listeners say about Did I Mention I Miss You?

such a beautiful story! Feeling a little bit sad that there's only three but atleast I can go back and read the books 😃