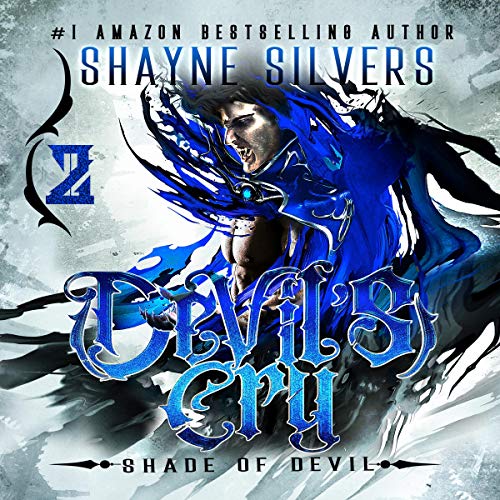 By: Shayne Silvers
Narrated by: Charles Lawrence
Try for £0.00

The greatest trick the first vampire ever pulled was convincing the world that he didn’t exist.

Before the now-infamous Count Dracula ever tasted his first drop of blood, Sorin Ambrogio owned the night. Humanity fearfully called him the devil. Cursed by the gods, Sorin spent centuries bathing Europe in oceans of blood with his best friends Lucian and Nero, the world’s first werewolf and warlock. An unholy trinity if there ever was one.

Until the three monsters grew weary of the carnage, choosing to leave it all behind and visit the brave, new world across the ocean. As they befriended a Native American tribe, they quickly forgot that monsters can never escape their past.

But Dracula - Sorin’s spawn - was willing to do anything to erase Sorin’s name from the pages of history so that he could claim the title of the world’s first vampire all for himself. Dracula hunts him down and slaughters the natives, fatally wounding Sorin in the attack. Except, a shaman manages to secretly cast Sorin into a healing slumber. For 500 years. Until Sorin is awoken by a powerful shaman in present-day New York City.

In a world he doesn’t understand, Sorin only wants one thing: to kill Dracula and anyone else who stands in his path.

When the descendant of an infamous vampire hunter steps into his life, Sorin is torn between conflicting feelings in his heart - revenge or love. But to a woman like Victoria Helsing, it might just be considered a bloody good date.

The streets of New York City will flow with rivers of blood, and the fate of the world rests in the hands of the devil Sorin Ambrogio.

Because, this town isn’t big enough for the both of them...

If you enjoyed the Blade or Underworld movies, you will love the Shade of Devil series.

What listeners say about Devil's Cry

But the ending of book 2 is just corny!
Really enjoying the series though, I highly recommend it!

I love the story and the characters I get so involved, I love fantasy especially when it ropes in various mythologies. This book gets various emotions to rive ;)

This book has many faces, colours and tones. Surely something for your into the dark fantasy

It’s a shame I was enjoying the series

It was good and I would have continued the series until the MC starts a harem. Not into that with the MC. I glad you didn’t go that direction with Nate Temple Series. I’m returning this book wouldn’t have started the series had I known.

Wow, Completely Different from Book One

Half way through and so disappointed with this book. First book had lots of personal interactions, this one is like Dresden on speed. I had to speed up my Ipod to get through this book.

Action is good, but need continued personal interactions with our favorite characters. Will wait till the end of this book before deciding about downloading 3rd book.

Still not sure who Natalie is, and don't care one bit about her, but really DON'T like the way this storyline is going.
Way more sex in detail, and not at all interested in a Me'nage a' trois
Book one was so much better.

The first one was really good. this one was ok

This one was not as funny or as much action. it was fine but not as exciting as the first. I will still buy the third and see how it goes.

Took a step back after a good start

So much more story could've been dedicated to Nero, Dracula, and the other characters. Instead we got the harem angle. Especially the drawn out sexual scenes. I'm not a prude by any means but good grief.

The nephilum angle and how they submitted themselves was a bit odd.

The narrator did A FANTASTIC job.

Such an interesting world was brewing. I feel like this was mostly filler. Hopefully it's rectified in book 3.

Similar to the first but way hornier

I didn't hate it but i probably won't continue the series.

out of all of Shayne Silvers works this story is by far the most compelling. I enjoy how he spends a tail of a man who is not a man who is cursed but not cursed. if you like mr. silver's other works and you enjoy this narrator I cannot stress this book enough.

If you like action “monster” movies or books. You’re in the right place. Go back find book one and fire it up. You’ll be happy you did. I started this series yesterday and am listening to book 3 right now!! Wish there was a book 4,5 and 6

allot of negative reviews on this book but I have none, really excited and looking forward to book 3

Hoooo boy this book and the narrator just makes want to listen over and over.

I was committed to not liking this series...but OMG..it just keeps getting better...I LOVE to be wrong about a new book series!