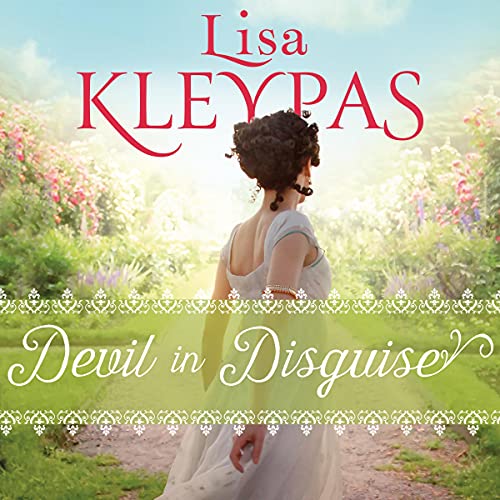 By: Lisa Kleypas
Narrated by: Mary Jane Wells
Try for £0.00

New York Times best-selling author Lisa Kleypas returns with an enthralling and steaming romance between a widowed lady and a Scot on the run. Perfect for fans of Sarah MacLean, Julia Quinn and Eloisa James.

Lady Merritt Sterling, a strong-willed young widow who's running her late husband's shipping company, knows London society is dying to catch her in a scandal. So far, she's been too smart to provide them with one. But then she meets Keir MacRae, a rough-and-rugged Scottish whisky distiller, and all her sensible plans vanish like smoke. They couldn't be more different, but their attraction is powerful, raw and irresistible.

From the moment Keir MacRae arrives in London, he has two goals. One: don't fall in love with the dazzling Lady Merritt Sterling. Two: avoid being killed.

So far, neither of those is going well.

Keir doesn't know why someone wants him dead until fate reveals his secret connection to one of England's most powerful families. His world is thrown into upheaval, and the only one he trusts is Merritt.

Their passion blazes with an intensity Merritt has never known before, making her long for the one thing she can't have from Keir MacRae: forever. As danger draws closer, she'll do whatever it takes to save the man she loves...even knowing he might be the devil in disguise.

What listeners say about Devil in Disguise

Too twee for me

A business woman acting like a dizzy teenager over a crass Scotsman. I just couldn't get into it.

The conclusion is very weak and flat. The story ending’s concept is unoriginal but worse ; it’s very poorly written. I found this book boring, with no new ideas or strong plot. Also the characters’ have no depth .;as if the writer is purely writing to order to tie up all previous books in the series without commitment or enjoyment on the author’s part.