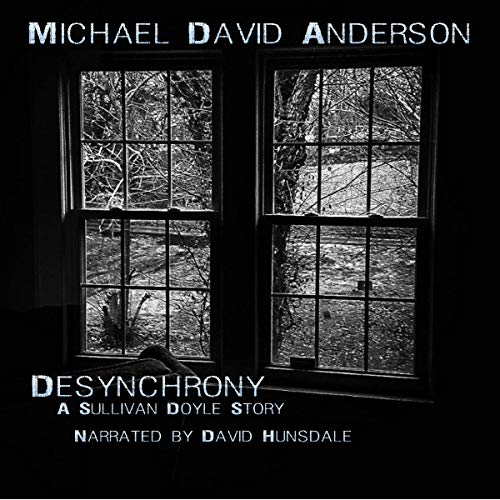 By: Michael David Anderson
Narrated by: David Hunsdale
Try for £0.00

Sullivan Doyle was a star on the rise before he crossed paths with Teddy Dormer. His first two novels were both on the New York Times Best seller lists, and critics were hailing him as the next big author to watch. All of that changed when a brutal assault in his home rendered him comatose. For years, he lay in a hospital ward, unresponsive.

Three weeks ago, in the wake of the tragic events in Scarborough Hill, California, he disappeared. The official story is strange. The truth is stranger. What the world doesn’t know is that Sullivan Doyle was a test subject, imbued with supernatural abilities, and now those abilities have awakened. Taken by those who created him, Sullivan is isolated at a remote outpost. Now that he is awake, he is a prisoner of his own body while those who have taken him are at his mercy, for Sullivan’s abilities allow him to bend and reshape reality as he sees fit.

As Sullivan tests the limits of his abilities, another threat emerges. Every last person at the outpost begins to dream of another man with abilities: the blind man. The organization that created Sullivan, and others like him, means to subjugate him. If they cannot control him, they mean to destroy him. The blind man is their acolyte, their weapon. He is coming, and time is running out.

What listeners say about Desynchrony: A Sullivan Doyle Story

Interesting, violent, and makes me want to check out Teddy and Wake. Worth a listen for sure!