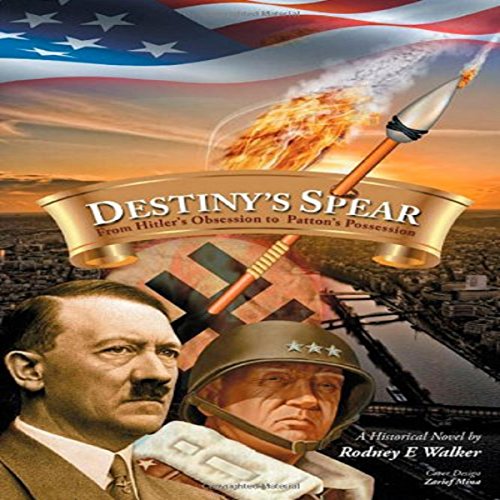 "'I knew with immediacy that this was an important moment in my life,' said Adolf Hitler when he later recounted his first sight of the spear. 'And yet I could not divine why an outwardly Christian symbol should make such an impression upon me. I stood there quietly gazing upon it for several minutes...'" (The Spear of Destiny, Trevor Ravenscroft)

Destiny's Spear is a powerful historical listen chronicling the lives of Adolf Hitler and General George Patton in their desperate pursuit of the Roman spear used in the crucifixion of Jesus Christ. According to legend, whoever possessed it would rule the world. Crusading armies wielded it victoriously in battle. Attila the Hun was undefeated with it. Charlemagne carried it through 47 successful battles but died once he dropped it. Napoleon sought it but never found it. Hitler stole it. Both Hitler and Patton lived out their own mystic convictions about the legendary power behind the Longinus, crossing dangerous paths of combat and conquest, spiritual paths of prophetic malevolence and sacrificial duty.

What listeners say about Destiny's Spear

Good book, interesting historical information about World War 2. The third Reich was entrenched in occultism and supernatural this book outlines the mystical powers that might have been acquired by the Nazis, really interesting.