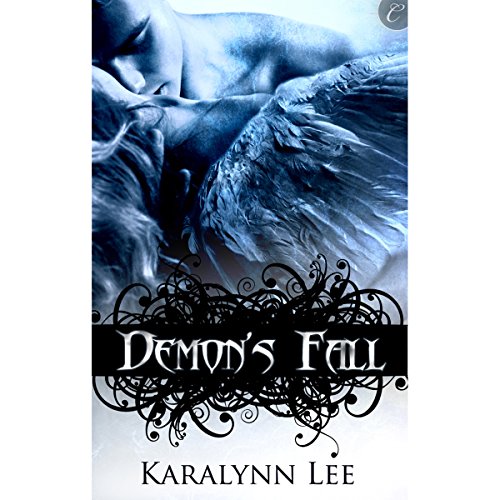 She was an angel at the gates of Hell.

When Kenan, an incubus, finds a caged angel for sale in the Hellsgate marketplace, he sees her as a challenge. Certain that his skills in seduction will work as well on a heavenly creature as they do on mortal women, he buys Jahel, intent on having her soul as a novelty in his collection.

Knowing he must gain Jahel's trust if she is to come to his bed willingly, Kenan treats her more as his guest than as his slave. When she reveals what brought her to the mouth of Hell in the first place - retrieving the soul of a young girl she was guarding - he even offers to help her complete her mission.

Though he has promised Jahel freedom, Kenan soon realizes she has captured his heart instead. And as their passion for one another grows, they find themselves caught in a struggle between Heaven and Hell, one that will lead them to the very edge of the apocalypse....

What listeners say about Demon's Fall

The story may have promise. Unfortunately I will never know as the narrator was terrible to the point of being distracting. The reading was wooden and awkward. Strange pauses and the mispronunciation of basic words add to the over all amateurish production. Despite my desire to gut it out and at least finish the book I paid for- I was unable to get through more than 1 hour before abandoning it PURELY due to the narration. Will never purchase a book narrated by "Zoe Hunter" again regardless of who wrote it. With all the voice talent to choose from it's a shame Carina Press chose someone with the cold reading skills most often found in a High School production of Our Town. Carina Press...please stop hiring this person. Members- just trust me...Do Not Waste Your Credits.

Could not continue listening

I'm going to agree with Josaphine's review. The narrator was just not capable of keeping me interested in the story. Though she got through an hour of it, I lasted only about 20 mins. Purchase this one at your own risk my friends.

First, I will admit that this book review is based on hearing only parts of this book. The reason this review can't be based on its entirety is because I would repeatedly doze off while listening to it. But that, in and of itself, should tell you my primary view of this book—boring.
From the start, this book is problematic. Kenan, who doesn't find angels attractive or appealing, is immediately—at least after purchasing her--for some unknown and never explained reason, immensely attracted to Jahel, an angel. And the story is downhill after that. It's barely erotic or even romantic. The sex is very dull and uninspired, as is the book. It doesn't flow well. Some parts seemed disconnected as if the author was thinking of more than one book when putting this story together. As a result, she forced together parts without being able to connect them. Most of all this book never managed to hold my interest. Whatever good there was in the story only managed to last the length of the book excerpt. And there may have been other snippets like that, but, if so, they were too few and far in between. Finally, not surprisingly, it was a very predictable story.
The narrator did an ok job except during the sex scenes. She seemed to be incapable of honestly sounding out sensual sounds. So it sounded forced and insincere only adding to the poor aspects of this tale unfortunately.

The performance was a little bad but the story was amazing. I absolutely love this book. Don't regret reading it at all.

Although there are a few side eye moments in the book with the characters and their insta love. The world was interesting and the politics of the world looked like something that could be amazing if expanded upon and given to the right people. The plot was a basic one and I saw the ending a mile away (though I still enjoyed it enough!) but the scrolls, seals and workings of Angels and Demons was the best and most interesting part of the story and I wished more of the story focused on that dynamic. I hope the author revisits that world with more of an epic fantasy vibe then paranormal romance.

Zoe Hunter’s speaking voice was sometimes flat but overall not too shabby but I found myself having to go back because I stopped listening to her. Her other voices too were the same shrill whine that didn’t work for every character she was portraying and it’s OK to yell into the mic, the hushed yells were distracting especially when some of the shrill voices were loud and piercing, it threw me out of the story.

Would’ve probably preferred to read this story than have it read to me. But I will be looking into other books by the author but might take a miss on Zoe Hunter’s other work. Her voice isn’t for me and that’s OK, some people will love her but I’m not one of them.

Would you try another book from Karalynn Lee and/or Zoe Hunter?

I would give it a try but it just wasn't fun

Historical to give my brain a break