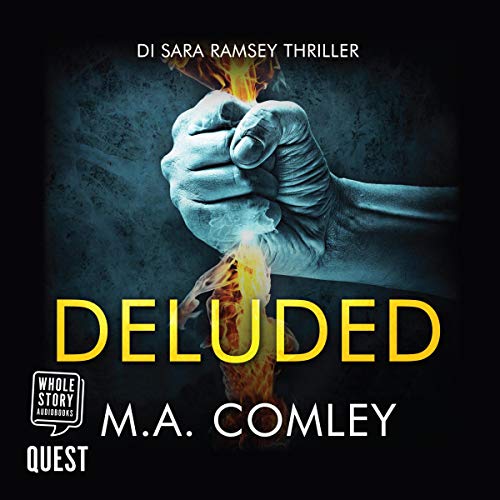 From New York Times and USA Today best-selling author of the Justice series, M.A. Comley has sold over two and a half million copies to date.

Revenge - some people crave it.... For most, it is unobtainable.

DI Sara Ramsey is forced to tackle one of her toughest cases to date when a tragic fire turns out to be the actions of a deranged arsonist. A person set on revenge...but why? What’s his motive? He’s risking everything, striking when innocent people are asleep in their beds, leaving in his wake a trail of devastation that is harrowing for Sara and her team to unravel. Emotions are running high for all concerned: the families, the investigation team and the murderer. Can Sara capture the perpetrator while dealing with a personal issue that rocks her world, or will the murderer complete his revengeful agenda?

What listeners say about Deluded