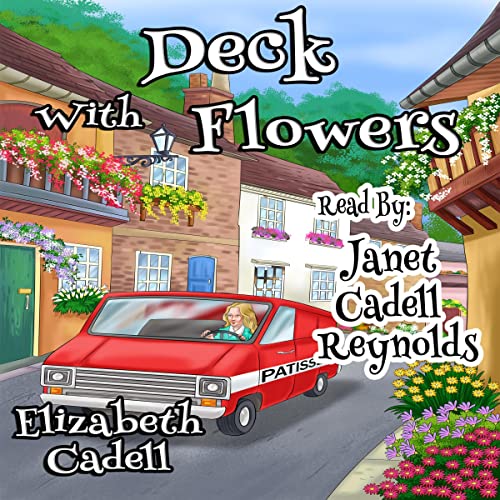 By: Elizabeth Cadell
Narrated by: Janet Cadell Reynolds
Try for £0.00

Madame Landini’s memoirs promised to be sensational. Rodney, who had captured them for his publishing house, and Oliver, his literary agent friend who would handle the business side of the book, could congratulate themselves on a brilliant coup. But having covered her childhood as a Russian princess, her years of exile in Paris, and the discovery of her phenomenal voice, the prima donna reached her first husband’s death — "man overboard" — and declared she would write no more. Rodney suspected there was more to this than a display of temperament. He scented a mystery and he was right.

What listeners say about Deck with Flowers

A very entertaining read with a gentle mystery.

Deck With Flowers was published in 1973.
The wording of the title refers to amusing incidents within the book.
This is one of my favorites by this author. There’s an engaging love story, eccentric characters and an enigmatic mystery.
It’s beautifully narrated by Elizabeth Cadell’s daughter, Janet Cadell Reynolds.