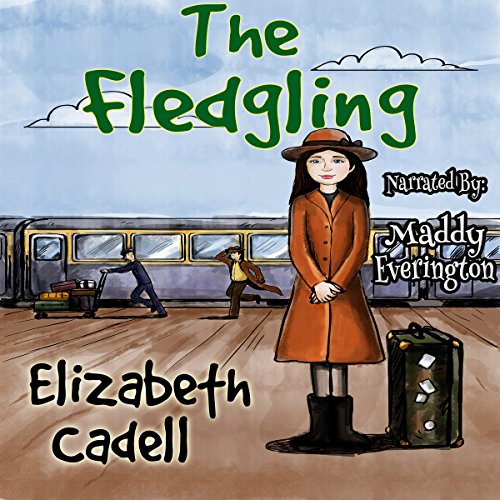 By: Elizabeth Cadell
Narrated by: Maddy Everington
Try for £0.00

Narrated by the great-granddaughter of Elizabeth Cadell!

At Edmund Brooke's insistence, his 10-year-old daughter, Vitorina, leaves the closed world of her old and strait-laced great-aunts and their Portuguese mansion - complete with chapel - and journeys to a boarding school in England. Edmund readily accepts the offer of a golfing acquaintance to act as chaperone for Tory. Once on the train, however, Tory learns quite a bit more about Mr. Darlan, her traveling companion, than he would prefer. And so Tory is called upon to let down her facade of meekness and to reveal her real nature: she is shrewd, imaginative and - as the situation calls for - brave. She is determined to outmaneuver this malicious mastermind, Darlan, and his French female accomplice who poses as his sister.

She reaches London without her companion. But as planned, Tory is met by her father's delightful distant cousin and ex-fiancée Philippa. Immediately drawn to Philippa, Tory goes so far as to fake chicken pox in order to stay longer with Philippa. This gives her time to settle some loose ends involving Mr. Darlan's plot and to create one of her own: for wasn't Tory's father Philippa's great love and isn't he all alone now?

Note, these titles contain the original, unabridged text exactly as the author first wrote it. Many later editions of Elizabeth Cadell's works were heavily abridged or changed. We hope you enjoy the reissue of these timeless books. Watch for more to come in the near future!

What listeners say about The Fledgling

An exceptionally good cast of characters

This selection by Elizabeth Cadell is, in my opinion, one of her best. More depth to the characters (their feelings and thought processes) and an interesting story. Also, more a modern perspective than some of her others. Recommended.

Another audible gem by Elizabeth Cadell narrated by the the delightful Maddy Everington.
It’s a sensory experience listening to an Elizabeth Cadell book being read by one of her descendants. As you listen you become swept up in the visual descriptions.
This book is set in both Portugal and England so the armchair traveling by the reader is quite delightful as you follow the story along.
Another excellent example of her writing, with perfect narration.

Unusual main character, an extremely reserved and intelligent 10-year-old Portuguese girl with an English father, who has been raised in oppressive quiet by elderly, aristocratic, highly religious relatives in Lisbon.
Sent by train to England, she has an adventure which she navigates with calm determination, before staying happily with an outgoing warm-hearted woman in London and exploring a very different world.
Excellent narration by author's great-granddaughter.