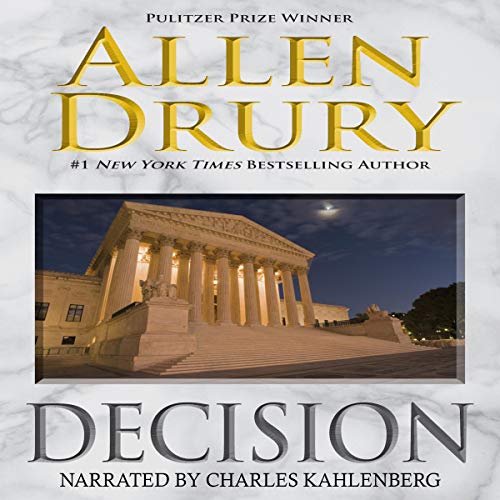 By: Allen Drury
Narrated by: Charles Kahlenberg
Try for £0.00

A gripping novel about the deterioration of the criminal justice system and the mysterious, powerful body at its core - the Supreme Court of the United States.

Earle Holgren - murderer, terrorist, lost soul - is the center of a vortex that sweeps up a fascinating cast of characters in their ambitions, politics, honor, and scandal. From the eight Justices of the Supreme Court, to the Attorney General of South Carolina who sees a compelling, controversial trial as an opportunity for demagoguery that might pave his path to the White House, to the idealistic defense lawyer who seeks to save a man she knows to be a psycopathic killer, to a driven Washington journalist in love with one of the Justices whose marriage is crumbling, and other Justices with their own agendas, vendettas, and secrets. Decision is a sweeping tale that begins at a nuclear power plant in South Carolina, works its way through the courts of that state, and finally to the halls of the Supreme Court.

What listeners say about Decision