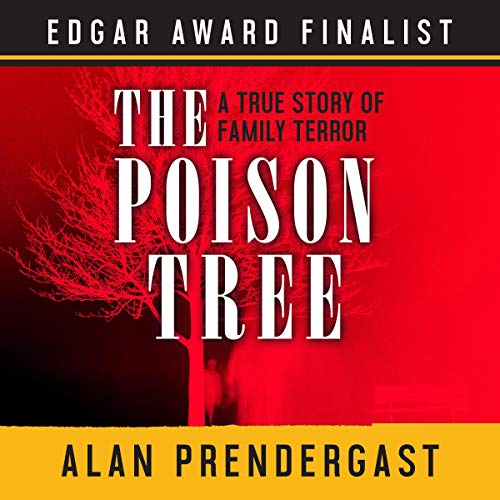 By: Alan Prendergast
Narrated by: Mel Foster
Try for £0.00

Edgar Award Finalist: The shocking account of a Wyoming father who terrorized his family for years - until his children plotted a deadly solution.

One cold November night, in Cheyenne, Wyoming, fifteen-year-old Richard Jahnke Jr., ROTC leader and former Boy Scout, waited for his parents to return from celebrating the twentieth anniversary of the night they met. When his father got out of the car, the boy blasted him through the heart with a twelve-gauge pump-action shotgun. Richard's seventeen-year-old sister, Deborah, was sitting on the living room couch with a high-powered rifle - just in case her brother missed.

Hours later the Jahnke kids were behind bars. Days later they made headlines. So did the truth about the house of horrors on Cowpoke Road.

Was it cold-blooded murder? Or self-defense?

Richard Jahnke Sr., special agent for the IRS, gun collector, and avid reader of Soldier of Fortune, had been subjecting his wife, Maria, and both children to harrowing abuse - physical, psychological, and sexual - for years. Deborah and her brother conspired to finally put a stop to it themselves. But their fate was in the hands of a prejudiced and inept judicial system, and only public outcry could save them.

Written with the full and revealing cooperation of the Jahnkes, this finalist for the Edgar Award for Best Fact Crime is "the ultimate family nightmare, played out in the heartland of America.... From the night of the murder through both trials, convictions and both youngsters' eventual release...it's gripping reading" (Chicago Tribune).

What listeners say about The Poison Tree

The way I evaluate a great narrator is when I'm not aware of the narration but the content of the story. Unfortunately, that was not this case with this book. Some narrators can subtly change their voice between male and female in such a slight way that the listener is barely aware of it. What had me gritting my teeth was the narrator's attempt to sound like a teenaged female; he sounded like a middle-aged man trying to sound like a teenaged girl.
The story is written in a very melodramatic tone with the main females sounding whiny and helpless while the main male is a cross between a hopeless romantic and a monster. I won't comment further on the story because I'm only half way through it and I may not be able to finish it. I just wanted to warn future readers; I always appreciate it when i'm given a heads up about poor narration.

This story could have lost the listener due to all of the small details. It was so well performed that I never found myself lost or bored. A true eye opener about effects of abuse as well as society's inability to handle children driven to commit adult crimes.

Interesting listen but lags at times

I liked the premise of this book and thought it was worth using a credit. As a true crime junkie, I listen to most of the highly rated stories in the genre. This one lagged a lot and I thought the narrator was tough to get used to early in the book. His intonations and emphasis on certain words and syllables grated on me. Especially when he did the Hispanic accents and women’s voices. Rather than making the voices relatable, I found them to be whiny and fake. Also, the actual crime and injuries were glossed over and there is a ton of time spent on how the kids felt throughout. Overall, I am glad to have learned the story but am relieved to be done with the book.

The author wrote with compassion and understanding about this complicated family tragedy. So many people failed these children and yet, in the end, it was them who paid the price.

While it is more than somewhat marred by the simplistic, almost burlesqued voice acting interpretation of Mel Foster (he makes the principal characters sound like bit characters from Arthur or Caillou), which may, in fact, be the result of a poor job on the part of the director

(and I wish Audible and Kindle would list all of the credits. And the original copyright date of the texts and of the audiobooks. These things are part of the work. They are necessary to a full understanding of the style, interpretation, and abridgment choices of the production companies: For instance, why is this audiobook unabridged, while another, better-interpreted one is abridged? One reason might be that bandwidth and digital editing cost almost nothing in comparison with physical cassette tapes and their editing processes. And digital playback is less difficult and prone to glitches like the cassette player "eating" the tape from inside the cassette.)

at any rate, none of the crew is listed in the credits part of the audiobook's listing, so I don't know how to spell their names to write about them, much less seek out or request more of their work if I wish to compare.

The text, itself, though, if you run it through your head as imagined typescript, and, simultaneously to listening to the book, imagine a more appropriate and representative dramatic interpretation of said text, is finely balanced between showing what most likely happened in such a way that it does not unduly influence the emotions of the reader towards bias towards or against the perpetrators of the crimes described.

The flavor of the time period and the contemporaneous blocky, awkward relation of the facts of crimes and the workings of courts of law, by most of the news media of the day, are portrayed so faithfully, that I was transported, emotionally, back into the 1980s. I remembered how crime reporting was done, in a much less procedural manner.
An attempt seemed to be made to transform trials, by way of omitting various devices and procedures of the law (and, thereby, also, explanations of why they work that way, and how that leads to a more just result), into dramas that roughly adhered to the Dramatic Unities outlined by Aristotle. We news viewers who were ignorant of how trials functioned were often left with the impression that a great injustice had been done by some entity called The System, when, really, the fault lay with the state legislators who originally set down the descendants of British Common Law that were the relevant portions of their states' codes of criminal justice; or with some crotchety judge who should have retired decades ago, or, even better, stayed a prosecutor or a defense attorney.

At any rate, the author, here, takes pains to disabuse the reader of that sort of news media-enforced ignorance. He educates about procedure while he tells a compelling tale that proves the point of Richard Jahnke, Junior's favorite aphorism: "What can go wrong, will go wrong. "

True crime story from the 1980s

The most interesting thing about this book to me was the perception of child abuse and domestic violence back then. It’s hard to fathom that less than 50 years ago, the entire concept of child abuse was not universally accepted. I guess the subject was cutting edge journalism at the time, but it just seems incredible in 2021. What some of the judges said! Oh my goodness!

The book itself was worth a listen, although it definitely could have benefited from some editing. And I agree with some other reviewers that the narrator made all of the female characters sound vapid or whiny or both.

It sounds like these kids are tremendously messed up due to what they’ve been thru. I’m surprised and glad that they had such good advocates who really helped the children. The mom sounds like she was an instigator and an abuser as well. She needs serious counseling. I really understood what was going on with the boy. He is very sympathetic character. But the daughter is so obnoxious and exaggerates so much that I found her to be a lunatic. She shouldn’t be on probation, she should be in years of therapy. She is nutty. I know if her story is true, she is a victim, but she’s still not behaving nor reacting like a 17 yr old. She’s behaving like an erratic child. I also believe very much that she asked her brother to kill her mom too.
The narrator was good, but when listening to sister’s stories, the narrator annoyed me tremendously. Or maybe I’m just annoyed by the girls writings and reactions.

it was pretty good

I guess maybe I'm hard to please because it was interesting, but yet a bit boring a lot of the time. The narrator was just okay imo.

I can’t submit a review on the story due to not being able to get past the narration.

Interesting story, just wasn’t a fan of the narrator.
Some stories are best told in the narrator own voice, not what their impression of the persons voice is/was.