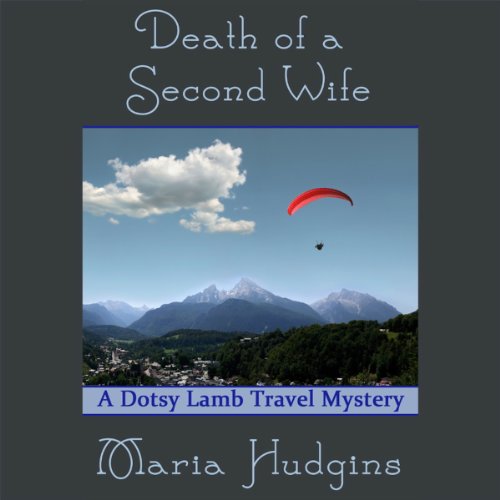 Death of a Second Wife

When her son says he and his fiancee want to marry "in the shadow of the Matterhorn," Dotsy Lamb doesn't realize it means she'll be staying in the same remote Swiss chalet as her ex-husband and his new wife. But rather than spoil the young ones' plans, Dotsy puts on a brave face and heads to Switzerland, determined to make the best of it.Then the new wife turns up dead, and Dotsy is suspect number one. To make matters even worse, the police confiscate the passports of the house guests, so the members of the wedding party are now stuck living together.

With familial conflicts making life complicated inside the house, a glider from a nearby airstrip keeps flying overhead, while a shadowy Russian and a man in red shoes keep popping up. Fortunately, Dotsy's friend Marco, a high ranking Carabinieri official from Italy, arrives to help Dotsy find the real killer and free herself from this not-so-cozy mountain retreat.

What listeners say about Death of a Second Wife

Is it golden or silver

Really had a hard time stopping from listening, every time I got time to listen. If it was read as a book, I would say a page turner. Love the characters, the story, and the teller. Can't wait to read more of Maria Hudgin's books, or get them o Audible!