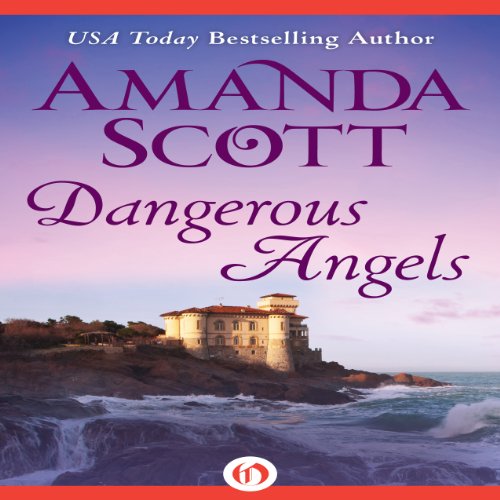 Against the tumultuous backdrop of 19th-century England, a sheltered noblewoman and an aristocrat leading a dangerous double life fight for their love

It happens in an instant. One minute, Charlotte Tarrant is traveling across Cornwall in her luxurious coach. The next, shots ring out and her carriage goes over a cliff's edge. As she clings to the rocks, a savior appears. When they meet again, Charley recognizes him instantly. But she doesn't yet realize that the stranger who saved her life - the handsome aristocrat who now vies for her hand in marriage - is England's most notorious spy.

He is called Fox Cub. Few know that behind the daring exploits of the elusive Le Renardeau, Antony St. John Foxearth is on a quest to prevent a political assassination that could topple the Crown. As desire flames into enduring passion, Antony undertakes his most critical mission yet: to safeguard the woman he loves from harm, and from himself.

What listeners say about Dangerous Angels

The story and characters were good enough to make up for the narrator's male voices.

The story is much longer than the plot warranted. I find it tedious and annoying. It’s almost completely dialog with minimal action. How many “good mercy” exclamations can one stomach? I guess this book just rubs me the wrong way: I dislike the heroine’s name (Charlie) and the way the hero insists on calling her “angel”. The author infuses the book with psycho babble and preaches on social mores of the times. The story is told primarily from the heroine's POV with sporadic snatches from the hero's POV, which I find extremely awkward. Characters are one dimensional, without development at all. The character of the heroine is a carbon copy of that in “Rose at twilight”, the only other Amanda Scott book I have read. The setup is different but you can predict the actions of both MCs from the get go. The heroine has an unruly tongue, supposedly a reflection of her “independent” nature. Despite her purported sentiments she caves when challenged, continuously seeking approval from the males around her, precisely in opposition to her “progressive” sentiments. The hero is a cold fish. Every word that comes out of his mouth is an order, He treats the heroine like a naughty child; when he doesn’t like the heroine’s behavior he orders her out of the room or throws her into the horse pond and makes her apologize. Somehow the heroine just takes it. You see, all this humiliation is for her own good. Is this romance? I’m just not in tune with how this author sees women in general (heroes are always right, heroines must learn to submit, after all they don’t know what’s good for them). There’s a young girl in the story. I’m not sure the author told us how old she is, except that this child speaks like an adult, made all the more so by the reader’s interpretation. She turns out to be the most relatable person in this overlong ponderous story.

I got more and more annoyed with this book so I jacked the speed up to 1.75x to get through the ordeal as soon as possible.

I’ve tried two AS books and this will be the last.

The narrator is OK. She reads as if she’s lecturing, and lacks dramatization. Every word is carefully enunciated and emphasized making it difficult to distinguish exposition from dialog. Males all sound pompous. She’s not someone I will look to listen to intentionally but neither will I discard a book simply because she’s the reader.