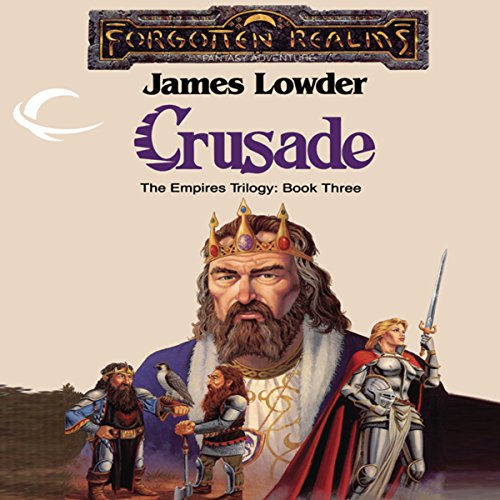 By: James Lowder
Narrated by: Robin Bloodworth
Try for £0.00

Picking up from where Dragonwall left off, the book sheds light on the Cormyrean king, masterminding and then leading the crusade in the defense of the entire continent following the invasion of eastern Faerun, Ashanath, Rashemen, and Thesk, by Khahan Yamun and the Tuigan horsemen.

Whereas Horselords looks at the story from the point of view of Koja and the Tuigan, and Dragonwall looks at the continuation of the same story from the point of view of General Batu and the Shou Lung, Crusade is written from King Azoun's and subsequently the West's perspective. In addition, there are two parallel stories running: the king's relations with Alusair, his estranged daughter, and the adventures of John Razor, a fletcher from Suzail, as he takes part in the Crusade.

What listeners say about Crusade