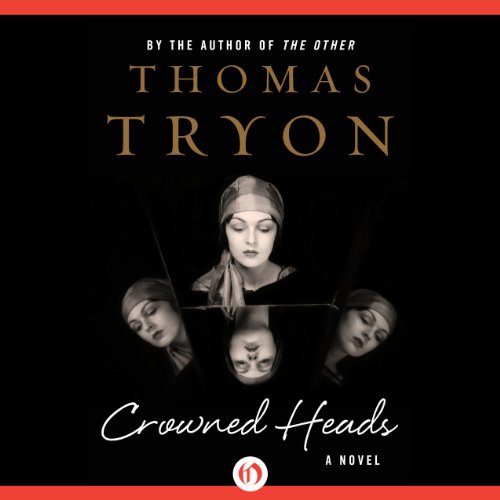 Though the greats of Hollywood may fade, their secrets live on forever

Fedora is dead, and movies will never be the same. A star since the early days of Hollywood, she survived the business for an unprecedented four decades before retiring to Crete. As the years wore on and her costars turned wrinkled and worn, Fedora's perfect features never faded. Now that she has finally passed, the secret to her longevity will be told - a shocking revelation that will raise her to the level of myth.

These four novellas tell the story of Fedora and three of her costars in 1955's infamous The Miracle of Santa Cristi.

Alongside the ageless beauty are William Marsh, whose days as a leading man are numbered; Bobbitt, a former child star still trading on his boyish good looks; and Lorna, a dim bulb who's too sexy for her own good. When the film was shot, they were headed in different directions, but all ended up in the same place: forgotten, loathed, and unlamented.

Fame is a Fickle Food

Crowned Heads the story of four intersecting Hollywood superstars' lives. The first, Fedora, is a legend cut from the same cloth as Garbo and Swanson, through the point of view of a journalist who has adored her since he was a little boy, we learn that not everything Fedora presents to the world is on the level. Lorna Doone is the pretty little girl next door, in the vein of Debbie Reynolds, whose crises with men, money and mortality have forced her to flee to a quaint seaside resort in Mexico, where she encounters a spiritual menace that reflects Tryon's pedigree as a horror novelist. Bobbit was a child star at 10, and based on such real life movie stars as Freddie Bartholomew, Shirley Temple, and Bobbie Driscoll. Told from the point of view of one of his costars, it paints the picture of childhood fame, long since fled, and the crippling spiritual and mental disease it leaves behind. Finally Willy, a dapper dandyish star clearly based on Clifton Webb (down to his domineering stage mother), but also using elements from Ramon Novarro's murder (and the Manson family murders), paints the portrait of a Golden Age has-been who allows himself to be sacrificed for his sins of inauthenticity. The axis of the book is a film called the Miracle of Santa Christi, which all four of the stars were in, and which figures prominently in the plot of each character's story. This is a brilliant book, full of authentic detail concerning the reality of the dream that is Hollywood, told by a master author, but also someone who has experienced the glamor of Hollywood, the lure of fame, and the renunciation of same. Tryon is at his absolute best here, and it is my personal favorite of his books.

Rosemary Benson's narration is magnificent. Her technical skill with differentiating the characters and the ease with which she pronounces words in French, German, and other accents, is astonishingly good. But it is the sensitivity and clarity she brings to the inner lives of the characters that impresses me most. I lost myself in her narration, and became conscious only of images playing out in my mind's eye. This is what I want from a narrator, and she delivers that and more--she understands how to tell a story--I choked up several times and was quite moved.

This is an excellent book with a stellar performance. I loved it.

4 novellas interwoven quite well. 2 I really liked. 2 were just ok. FEDORA & BOBBIT were the ones I dug. LORNA & WILLY we’re good, but a bit long maybe....I dunno....got bored.

A bit dated but a fun read for movie buffs. It was rather depressing-no happy endings. Think I need to listen to a comedy now.

Being an old movies fanatic, the author really couldn't go wrong with this book for me, EXCEPT... the endings with LORNA and WILLIE could've been shorter! Otherwise, skillfully written, and will be looking forward to another &quot;OLD HOLLYWOOD book! With the help of the other listeners, I think I figured out who the author was &quot;thinking&quot; about when he wrote this book. One more thing, this book definitely gives you &quot;food for thought? Hmmm...&quot;