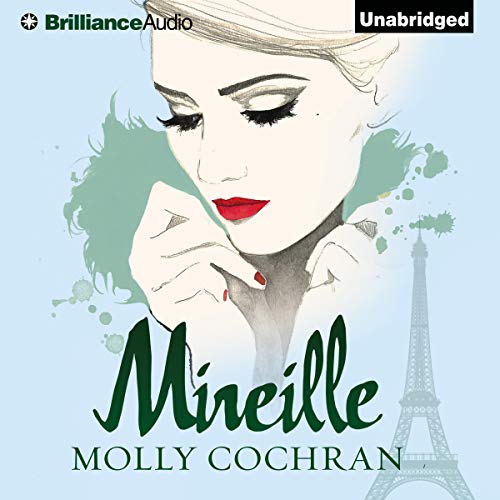 By: Molly Cochran
Narrated by: Emily Sutton-Smith
Try for £0.00

Near the end of World War II, 17-year-old Mireille de Jouarre flees the home of her stepfather - a Nazi collaborator and abusive drunk. She finds shelter with her childhood friend, Stefan, and the two fall deeply in love. But as the fighting escalates, Mireille must escape alone to Paris, where she discovers she's pregnant and lacking a way to provide for her child.

So begins her new life as l'Ange - the Angel. After an unlikely meeting with a wealthy aristocrat in a Parisian hotel - and her acceptance of his solicitation - Mireille becomes the most celebrated poule in all of France, eliciting huge fees and invitations to exclusive parties. At one of these events, Mireille meets Oliver Jordan: an American womanizer and film producer. She is soon launching a promising film career.

As her star rises, Mireille is determined to bury her past. But her success isn't as carefree and glittery as it seems, and when her daughter's future is threatened, Mireille must make a deadly decision in a desperate attempt to finally choose her own path.

What listeners say about Mireille

The most wonderful story I came across,
read by the best narrator I have ever heard.

Although the sex scenes made me feel a bit hot under the collar,they were necessary.I found it very hard to stop listening and do other things

This really is an epic novel spanning nearly 50 years. You meet Mireille in 1945 as a trapped 17 year old and last see her in 1993. In that time she makes several transformations and goes through unimaginable hardships. She was once named Fortune's Child by her lover Stefan. But you fail to find any fortune in most of her life. If the story wasn't so well written and so full fantastic imagery, it would be depressing! But it wasn't hard to put aside the "what else can happen to this poor woman?!" and just continue reading. I was completely immersed from start to finish.

The characters were amazingly put together and you found yourself being both drawn to and repelled by them. Mireille was a very sympathetic figure, even though you found yourself wanting to scream at her in frustration. But how many women are in an abusive or unhealthy relationship that simply can't see it? This happens to Mireille more than once and you find yourself rooting for her. Oliver Jordan...in a word...smarmy! The quintessential Hollywood bad-boy and then some! I think I spent half the book coming up with ways I'd like to get rid of him! Even the secondary characters came to life. Barbara, the red-headed spitfire who Mireille both lives and works with while she is in Paris fairly leaps off the page, you love her attitude and her no nonsense style. She becomes one of Mireille's very few friends.

There is quite a bit of sexual content in this book, but it's done tastefully and is never overdone. There are a few fairly graphic scenes, but they fit with the story. There is some harsh language and some fairly violent situations.

Epic love story that spans 5 decades, women who pick themselves up and move on after horrific circumstances, characters that you can almost reach out and touch. All of these things bring me to give Mireille 4 stars.