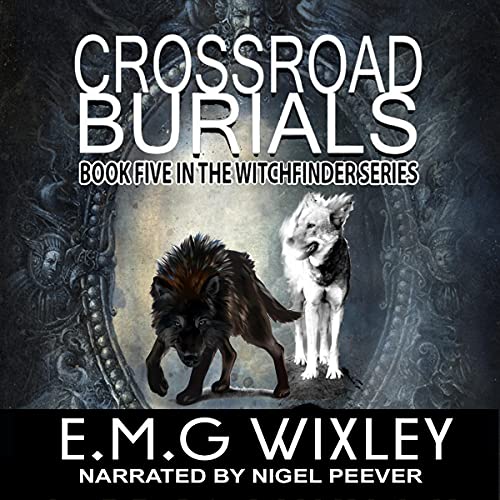 The ethereal mists blurred Lucy Finnley’s vision, and the murmurings within the wind made her uneasy. However, she had no choice other than to leave the city and take up residence at the Jack Rabbit Inn on the high moor. As she stepped over the threshold, she was aware of the history, legends, and malevolent spirits lingering within the fabric of the building. At least she could escape the trouble brewing in the rest of the world.

Down below, in the valley, lies Hawks Rise on the Moor. Here many secrets hide beneath the veil of respectability, and it is expected that everyone attends the church on Sundays where the Vicar shakes the still air with his sermons of damnation against the evils of an ancient tribe.

Slipping back in time, Henry Mulberry, heir to Mulberry hall, views the moor through troubled eyes. He is responsible for huge swathes of land along with the tenants. Dealing with Irish squatters, a stone quarry, and mines are the least of his problems. The more pressing issues lie with his wayward younger brother Oscar, his irascible ailing father George, and Abbott Mathew. He has little time to pursue matters of the heart or any other desires.

The hunt continues. Who will win the witches or the witchfinders?

This book may be enjoyed as a stand-alone.

What listeners say about Crossroad Burials

I have enjoyed this book so much!
I could not stop listening to it.
a mixture of past and present and characters that pull you into the story.
fantastic writer and equally a fantastic narrator!

i really liked the story and the characters. it makes me want to read the rest of the series (this was my introduction). the narrator was also great! the effects are a distraction though. this would be great for a road trip but hard to concentrate on the story if you're doing something else while listening. will be checking out more for sure.

Lucy and Bella finally get a sanctuary from all the previous chaos at least that’s what she thinks when she moved into a pub called the Jack rabbit in. Sadly there is more craziness in store oh friends new ghosts in a big problem in the hearth. It doesn’t just keep Lucy’s new in warm it’s also a portal for more craziness. Will Lucy and Bella ever get to live without the ghosts and all the things that want to harm them. I have read every book in this series and this one ended in a way that makes me think that will be a book 8 and I can’t wait. E M G Wicksley is my favorite science fiction paranormal writer. She has the most awesome way of wording things that keeps it interesting and sometimes it’s just plain profound and makes you think. I love her books I love this one and will love the next one! This author is a hidden gem and one I feel so blessed to be able to treasure, but I am fan Girling so I will stop I highly recommend this book go read it it’s awesome! I would be remiss if I didn’t mention Nigel Peever the narrator he was awesome as always

LOVED the Narrator's voice & performance. I got confused a time or 2 on what was going on (I was multitasking) in the story. Willing to follow this series and see what adventures awaits!