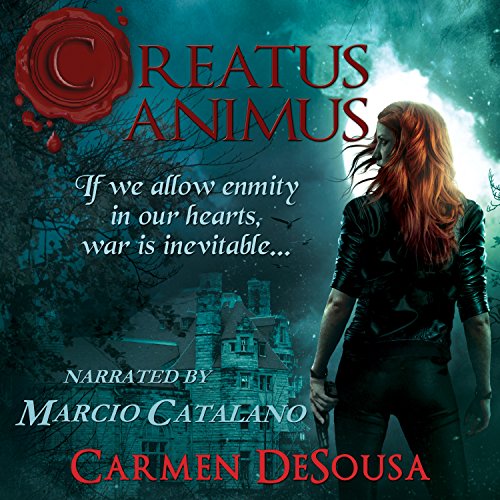 If we allow enmity in our hearts, war is inevitable.

For 4000 years, creatus have concealed themselves from the humans who hunted them almost to extinction. Now, one rogue faction plans to retaliate by ridding the world of humankind.

Only one division of creatus, with the strength and numbers to fight the sinister sect, stands between humanity and a new world order.

What they discover, however, might prove the truth about the creatus myths, and why humans started hunting them so many thousands of years ago.

The Creatus series is not your normal paranormal story...it's a realistic romantic mystery based on the myths you've heard your entire life. Prepare to believe....

What listeners say about Creatus Animus

this book was short and straight to the point I felt like it was the beginning, middle and end all in one