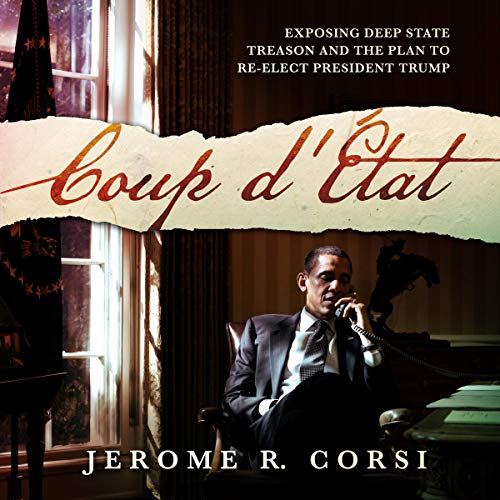 Coup d'Etat blows the lid off the Deep State's efforts to prevent the Trump presidency, disrupt his agenda, and prevent his reelection. In this book you'll learn:

● The identity of the Trump cabinet member who proposed wearing a wire to take down Trump.

● How the FBI entrapped members of the Trump team-and how they unsuccessfully tried the same with Corsi.

● How the Democratic establishment faked evidence of Russian interference.

What listeners say about Coup d'Etat

Wow.....How corrupt our system is, and this book underscores why We The People must fight against the hypocrisy and self-serving elite!

Wish I looked up this author before I picked up this gossip. 15 words to warm 🥵 my group.