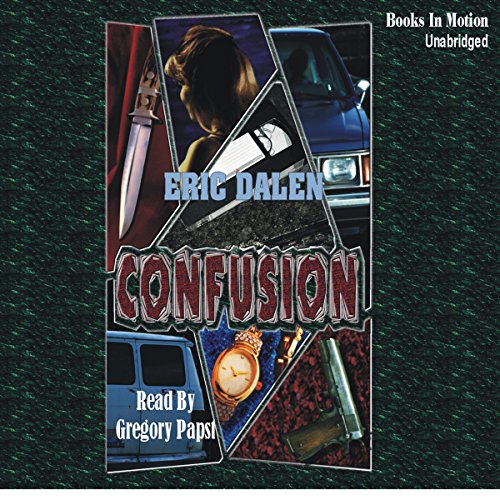 By: Eric Dalen
Narrated by: Gregory Papst
Try for £0.00

At three in the morning, Aaron Montaine is driving home from his night job, when he sees a terrified and bloodied woman running blindly down the center of the street. Not far behind her is a man in a three-piece suit with a gun. Stop the guy, save the woman, is all Aaron can think - throwing the passenger's side door open, he lets the woman jump in and then takes off. The woman tells him nothing except that she cannot go to the hospital or the police, because her pursuers will find her. Against his better judgment, Aaron offers to take her to his apartment, thinking she will be safe there...but he is wrong.

The runaway woman is Jenny Howell, soon-to-be ex-wife of corrupt State Senator Charles Howell. The Senator is afraid she knows too much about his blackmail schemes, and hires some hit men to take her out. But the Senator has enemies of his own: there are the blackmail victims, the husband of his latest lover, the housekeeper he abuses, and the hit man he has double crossed. When the Senator ends up murdered, and an incriminating videotape turns up missing as well, the confusion begins. Who is the killer? What was on the tape? And with Charles Howell dead, why is someone still after Jenny?

What listeners say about Confusion

If it was a movie, it would be a straight to DVD effort with the ever fantastic Brian Dennehy, ha ha. Daft thriller about crooked senators and single parents.