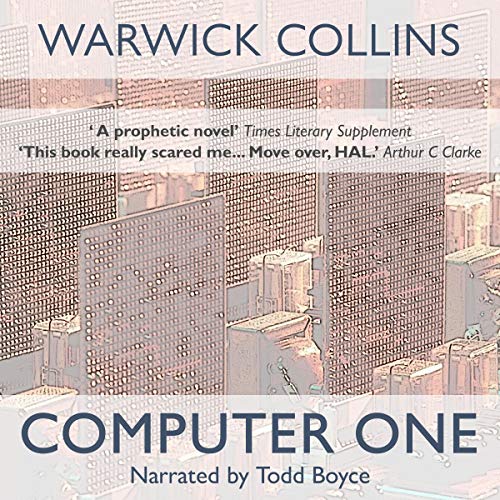 On a Californian campus in the 21st century, Professor Enzo Yakuda is on the verge of retirement. Although he is a Zen Buddhist, a lifetime’s thought and study have not led to inner calm but to an obsession that begins to haunt him and take over his life. Yakuda believes he can prove the self-repair function of Computer One, the international civil computer network, will cause an inevitable confrontation with humanity. His nightmare is that in raising the alarm, he may cause the annihilation of the human race.

Computer One is a cult classic written in 1991 by novelist and former evolutionary theorist Warwick Collins. Both a compelling novel and a terrifying scientific treatise, it remains as relevant today as automation and AI grow increasingly ubiquitous. Its particular horror lies in the perfectly logical dreamworld of modern science, its compulsion a plot that moves like a Greek tragedy toward its inevitable climax.

What listeners say about Computer One

This is a great glorious surprise. Most books I end up not liking come with wildly exaggerated claims from publishers. (Which I routinely buy into anyway.) Computer One's gifts and charms, on the other hand, are offered in relatively subdued language. I almost didn't buy it for that reason. (Is this a shiny new object or not?) But listening to the clip a few times sold the book for me: the narrator is wonderful, and the writing excellent. This is the real unicorn: intelligent originality. It holds its quiet spellbinding marvels throughout, sentence by sentence. Yes, it is a warning story. Perhaps not what one feels like listening to in dark times? Escape from planet Earth seems more to the point? Fear not. Computer One is entirely and uniquely beautiful in all its parts and pieces. The great classic tragedies always have the power to create reflection, understanding and profound resolution within us. Computer One is made of the same sublime qualities. Yes, it is haunting- in a wise, sweet, and unusually well-written way. I completely enjoyed every moment of this brilliant science fiction prophecy. And I think many others will have this same experience of very deep satisfaction.