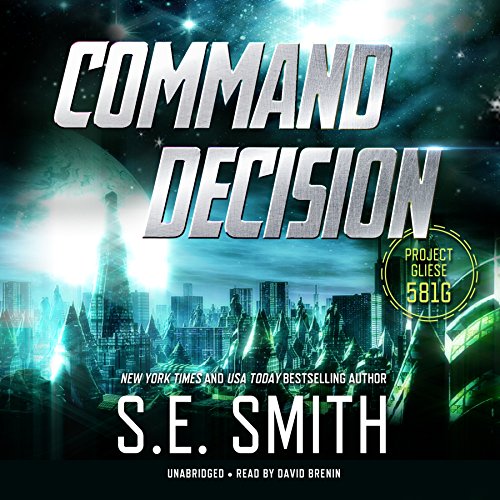 In a world gone crazy, it is often the humans who are at fault, seeking answers to questions we are not yet ready to understand.

Lt. Commander Joshua Manson's focus on his career has taken him to many places, just not the one he has always dreamed of going: space. His sometimes controversial methods during missions have given him the reputation of being a soldier who doesn't always play by the rules. A challenging mission leaves Josh questioning if he'll have a career at all, so he is surprised when he is offered the chance to command a mission in space to investigate an unknown object. The more he learns, the more determined he is to lead it, even if it means a one-way ticket.

Cassa de Rola's family has lived for centuries in the quiet valley where they farm. Her family has tried to remain untouched by the growing unrest between the intergalactic military forces fighting for control over their planet. All of that changes when an unusual object falls from the sky and Cassa finds a strange male in the container. She knows that taking him in will endanger the lives of everyone close to her, but she can't leave him defenseless. Now the military forces on both sides want to discover the origins of the container and its missing contents.

When the fight between the Legion and the Gallant Order escalates to all-out war, a new rebel leader emerges from the stars that will change the galaxy - and Cassa's life - forever.

What listeners say about Command Decision

NOT A STAR WARS STORY!!!

Would you listen to Command Decision again? Why?

Yes, it is a well written story about life, space and adventure. Characters are great and lovable. Bad guys bring forward your hate for evil men high on power.

That it wasn't a "Star Wars" story. I saw the reviews saying it was a Star Wars knock off and that just isn't true at all. I have been reading SE Smith's stories for a long time now and this is her style, pure and simple. She grabs your attention from chapter one all the way to the end.....then your only disappointment, is that the book ended. Looking forward to Book 2.

Which character – as performed by David Brenin – was your favorite?

David does such a good job doing all the characters. I can't just pick one. (Love you David Brenin!)

Gateway to the galaxy. Because it was the gateway they fixed that started the whole ball rolling.

I want to go on record as saying that I almost didn't get this book because of the reviews saying it was a Star Wars knock off. I never cared much for Star Wars, oh I watched the movies, but I didn't care that much for them. BUT I know SE Smith, I know her stories, I know her style of writing and how you love her characters. So I downloaded it and started listening to it. I was all the way to chapter 8 and I kept asking myself, "Where is the Star Wars theme?" Other than being in space, having space ships, and robots and many worlds - that was it. That's about any Sci-Fi story about space. Great Book SE Smith!

It's a good start. I liked this book a lot. Someone wrote a review that it was like Star Wars. I wanted to say no, not at all but there are some similarities. I would still spend the credit because it's a great ride.

Action, adventure, romance ala Star Wars. A lot of the storyline really does have a lot of SW overtones, but it's still a decent story for your listening or reading pleasure. Brenin does sound like the right voice for the story.

I enjoyed the story. The comic relief was in just the right places. There was a bit of a build up but once the story was set and the world was built it was very good. I do not want to spoil the story for you so I will just say that it is an awesome book.

there is star wars here in the last two hours

just forget it... became really hard to listen to since you can guess the ending. once the mc hits a new planet it gets boring.

Has a definite Star Wars vibe

Book was one of SE Smith better ones. So often her books have sappy, sentimental, overly dramatic females. This was a nice amount of action and storytelling. Romance seems very forced and not believable but that again is typically this authors style.

interesting but not well thought through

When reading a romance space story, please suspend reality when reading it. I thought the story was good and very entertaining. Looking forward to the next two books in the series.

Loved it. I listened to the story every chance I could get. Can't wait 😍

S.E. Smith is doing for SF what JD Robb did for detective novels keep up the great work