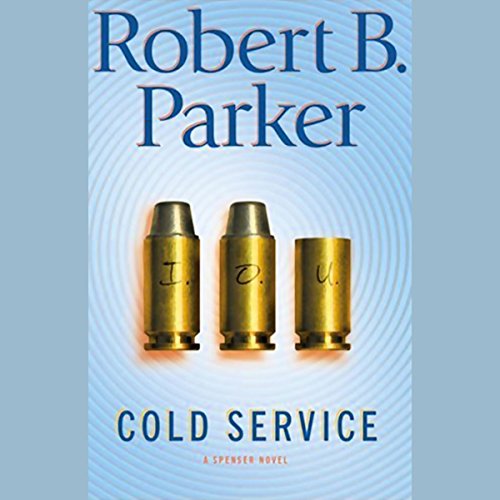 By: Robert B. Parker
Narrated by: Joe Mantegna

When Spenser's closest ally, Hawk, is brutally injured and left for dead while protecting bookie Luther Gillespie, Spenser embarks on an epic journey to rehabilitate his friend in body and soul. Hawk, always proud, has never been dependent on anyone. Now he is forced to make connections: to the medical technology that will ensure his physical recovery, and to reinforce the tenuous emotional ties he has to those around him.

Spenser quickly learns that the Ukrainian mob is responsible for the hit, but finding a way into their tightly knit circle is not nearly so simple. Their total control of the town of Marshport, from the bodegas to the police force to the mayor's office, isn't just a sign of rampant corruption, it's a form of arrogance that only serves to ignite Hawk's desire to get even. As the body count rises, Spenser is forced to employ some questionable techniques and even more questionable hired guns while redefining his friendship with Hawk in the name of vengeance.

"The satisfying part here is watching Parker dig deeply into the remarkable friendship between two tough guys constitutionally averse to the whole touchy-feely side of life....When he's on his game, and he's on it here, Parker is capable of packing a Hemingway punch into a few brief words and the occasional grunt." ( Booklist)

This was quite boring. Too much sitting around Spenser's office with Hawk and not much action.
Susan is given far too much credit for the few words she says .
Finally the narrator's voice was too light for a tough guy like Spenser.
This was my main reason for not liking this book.
I will not buy another Audible book by Robert Parker if this particular narrator is used

Parody of Parker--Pass it by!

Reads like a bad parody of Robert Parker--and this is coming from a Robert Parker fan. Instead try "All our Yesterdays" and "Early Autumn"--two of Parker's earlier (and much better) books.

This is a different sort of Spenser novel; or at least it gives a different, deeper view of Hawk than any of Parker's previous works. His girlfriend Cecile is given a primer on Hawk and the forces that molded him by Spenser; even if she questions much of it. The story of Hawk's recovery from his bullet wounds is similar to Spenser's in a previous novel; similarly Spenser is there for Hawk just as Hawk was for Spenser. Susan Silverman is a quiet, steady, likable persona in this work and the gushing worship that everyone feels for her for no discernible reason is thankfully absent. A nice change from many of the previous Spenser novels.
Once you move past the first dozen Spenser novels there are many examples of hit and miss in the subsequent books; this one is one of the high points. A fast moving, highly entertaining work by an author who does uncomplicated detective fiction extremely well. Excellent listen; highly recommended.

I've read or listened to every one of Parker's books. I'm a fan. But he's in a rut. The same converstations and observations between Spenser and Hawk. The same characters. The same basic plot. Actually, I can live with all that but Joe Montagne is absolutely the wrong guy to read this kind of book. He sounds like a nerdy English professor trying to play the role of a tough guy. His attempts to change his voice to be Hawk are painful to listen to. It's like a white minstral player trying to do blackface and it is just not well done. It was bad enough when he played the part in a movie, with his scrawny arms and small stature, but his voice is even weaker and wussy. Buy the book instead.

Joe Mantegna is a perfect Spenser

What did you love best about Cold Service?

I like everything about Joe Mantegna's performance, especially the subtle way he changes his voice for each character without overdoing it. I want to hear all the books he reads!

Entertaining as always for Robert J. Parker. This one is in the same style as his previous books. I always enjoy the dry humor that is evident in his stories. His colorful characters are the best part. This one didn't disappoint.

Long in the Tooth

Although Spenser, a private eye circa 1950, is now getting pretty long in the tooth, his character continues to delight. Cold Service is another enjoyable ride as we go along with Spenser as he rights the wrongs done to Hawk. Parker's Spenser is once again in fine form.

Story line was unbelievable, like some kind of a ?western good guy bad guy? in the 21st century. You better like the phrases ?He said? and ?She said? because these phrases are repeated so much it will drive you to suicide, which is probably, the story line of his next book. This constant repetition really took away from the story. I think they did this because the differences between the voices of the characters from the narrator is very poor.

What was probably thought to be enlightened and cutting edge woke interracial dialogue then, is some racist ass sh*t now.

Liked Hawk taking point.
Susan makes me want to drink bleach.
Joe Mags is a good narrator, Michael Pritchard is better. David Dukes should be taken out back and shot. Burt Reynolds is Burt Reynolds.

Ever Robert B. and it's all good

Without a doubt one of his best. without a doubt, three of my favorite characters. Susan's the third. We get a lot more insight into Hawk. Good read!