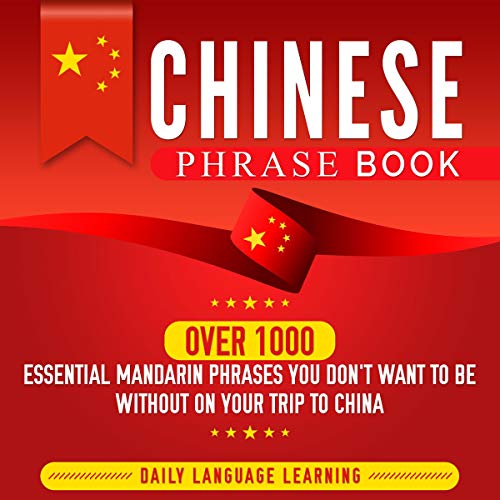 By: Daily Language Learning
Narrated by: Siobhan Lumsden
Try for £0.00

If want to enrich your travels with the most popular and useful Chinese phrases and vocabulary close at hand, then keep reading...

Many Chinese language textbooks are intended mainly for people who study Chinese in formal classes and are based on assumptions that are appropriate primarily for such learners. The words and phrases such textbooks introduce in early lessons are often those that help students function in a classroom setting. Such textbooks also assume that the learners’ need to learn to listen to and write Chinese is as pressing as their need to speak it, so they introduce oral and written skills at the same rate.

Underlying many such textbooks is also the assumption that they will be taught by a teacher, someone who will manage and guide the students’ learning process.

However, what about people who live or work in China but do not have the opportunity to study Chinese in a formal classroom setting? Such people usually need to become “street functional” in Chinese relatively quickly, so their most pressing need is for the words and phrases that will help them deal with daily life in China.

Also, during their first few trips to China, such people often have a much greater need to learn to speak and understand basic Chinese than to learn Chinese characters.

This Chinese phrasebook is intended for this special category of Chinese learners - those people who are going to work, live in, or explore China for an extended period but who do not have the opportunity to study in a formal Chinese language program.

This audiobook aims to meet the special needs of these learners in several ways:

Here’s just a tiny fraction of what you’ll discover in this Chinese phrasebook:

So, if you want to make your stay in Chinese-speaking countries as enjoyable and easy as possible, then scroll up and click the "buy now" button!