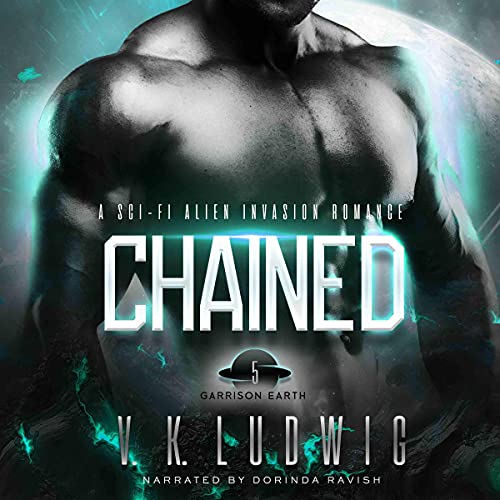 I conquered her planet and pillaged her body. Now I’m back for her heart.

A decade ago, I brought war to Solgad, home of the Jal’zar. I sacked the planet and slaughtered the people, all to save my race from extinction. Until one of their female warriors hissed defiance, promising me death at her hands no matter how her body longed for mine.

Each night, she came to end me, only to succumb to the raw urges of her mating heat. Each night, I gave her hungry womb what it needed, the way we coupled neither safe nor sane.

I was the enemy she couldn’t kill. She was the female I couldn’t have.

Together, we unleashed chaos.

Many solar cycles after the occupation, I return to Solgad, searching the ashen plains for her: my soul mate. This time, I will claim the Jal’zar female as mine, and nobody will get in the way.

Chained is the fifth book in this interconnected romance series, taking us to Solgad, home of the Jal'zar. If you enjoy resilient women, devoted aliens, fated mates, and hard-earned happily ever after’s with no cliff-hangers, you’ll love Garrison Earth.

Author's note: The entire Garrison Earth series touches on subjects such as captivity, drug abuse, forced prostitution, loss of loved ones, human trafficking, rough handling, and violence. Any listener uncomfortable with the harsh realities of an alien invasion should please consider before purchase.

What listeners say about Chained

love story as old as time

the enemy of worlds falling in love, and they can have babies. wow I didn't see that coming.