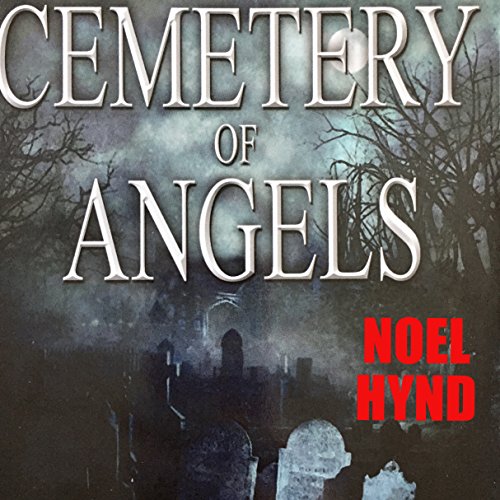 Bill and Rebecca Moore are an ordinary middle-aged couple raising two children in suburban Connecticut when an unsuccessful attempt on Rebecca's life by a mysterious stranger leaves her with an extreme case of post-traumatic stress. To help her recover, Bill suggests a move to southern California where they buy and renovate an old house in a posh neighborhood. It seems, however, that the house hosts a particularly persistent ghost named Ronny, an ex-actor who apparently has emerged from the small private cemetery adjacent to the backyard. When both children disappear from the house with no sign of forced entry, LAPD gumshoe Ed Van Allen suspects the Moores of murder, although Rebecca gamely tries to convince him the ghost did it. Turning the implausible into the possible as the case unfolds, alternately amusing and frightening, Hynd lets the evidence build to a genuinely terrifying climax that features earthbound criminals as well as a not-so-subtle example of divine retribution.

What listeners say about Cemetery of Angels 2014 Edition

Noel Hynd’s Ghost stories are a c Cem ut above!

Having read four of Mr. Hynd’s ghost stories more than 2x each, I always come away more satisfied. I’m enthralled by his unique way of overlaying paranormalcy on plausible normalcy. I’d recommend this story to anyone say, 16 years and up. (I’m quite old-fashioned in my desire to protect my kids’ innocence.) Cemet. Of Angels combines kidnapping, murder, and deceit with the requisite ghosties Hynd so ably presents. When I read his ghost stories, at various points throughout, I find myself trying to look under hood to discover an inkling of why his unique approach works so well. Thanks Mr. Hynd.

I felt the characters were very easy to follow with the details provided in the story and the voices used by the narrator. When the children go missing you can feel her deep emotion but wonder if I would handle a ghost speaking to me even if there was something magical about the voice???

I found a winner!

I truly enjoyed this story. This one kept my interest throughout. It has its creepy moment's! Love a good ghost storyline! More please!!
Time Winter (what a great name!), is fabulous! He brings the characters to life! This is a must in my opinion to really enjoy a story!
Noel Hynd and Time Winter is a great combination!! Keep the ghosts coming!