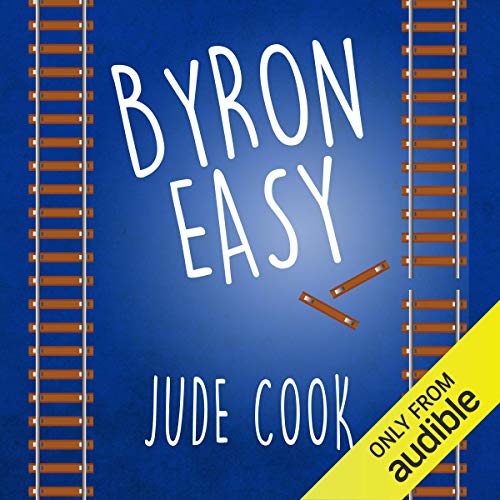 It's 24 December 1999. Byron Easy, a poverty-stricken poet, half-cut and suicidal, sits on a stationary train at King's Cross waiting to depart. He has in his lap a bin-liner containing his remaining worldly goods - an empty bottle of red wine, a few books, a handful of crumpled banknotes. As the journey commences he conjures memories of the recent past, of his rollercoaster London life, and, most distressingly, of Mandy - his half-Spanish, Amazonian wife - in an attempt to make sense of his predicament. What has led him to this point? Where are his friends, his family, his wife? What happened to his dreams? And what awaits him at the end of his journey?

Byron Easy is an epic, baroque sprawling monster of a novel, and a unique portrait of love and marriage, of the flux of memory, and of England in the dying days of the 20th century, from a young British writer of exceptional promise.

What listeners say about Byron Easy

A Dark Tale of a Poet's Marriage

Where does Byron Easy rank among all the audiobooks you’ve listened to so far?

This book really grew on me as I listened. At first I wasn't sure I liked it but quickly got drawn in by the fine reading of John Sackville and the dry, dark wit of the narrator, Byron.

There is some great, if uncomfortable, humour. Eg. when Byron is interviewed for a degree course in English and cannot remember his favourite poet, or any other author really. It is a terrible journey into the grief and rage of a man who has made some major mistakes, mostly through his own passivity, but who has also been abused all his life. And if this makes it sound dark and sad then I suppose it is. But in the way that Martin Amis is dark and sad - full of brilliant writing, deep insight and wry humour. I anticipate more good stuff from Jude Cook and will be ordering whatever else he writes with the anticipation of more pleasure.

Have you listened to any of John Sackville’s other performances? How does this one compare?

I don't think I've heard this reader before but would recommend him highly and would happily listen to more books read by him. He voices the characters brilliantly - especially the demented half-Spanish Mandy.

The relationship between Byron and his sometime employer, Martin, unfolds into one of great friendship and warmth. And the last part of the book, when Byron arrives at his destination, is deeply moving.

A bloody great book and a wonderful ending. If you like 'Money' or 'London Fields' by Martin Amis, you will like this.

This Book is Not Good

What would have made Byron Easy better?

What was most disappointing about Jude Cook’s story?

All of the misogyny was pretty disappointing.

I listen to the audiobooks when it is my turn to drive the carpool. No one enjoyed this book. I ended up finishing it over a weekend so I'd not have to answer how much longer was left.