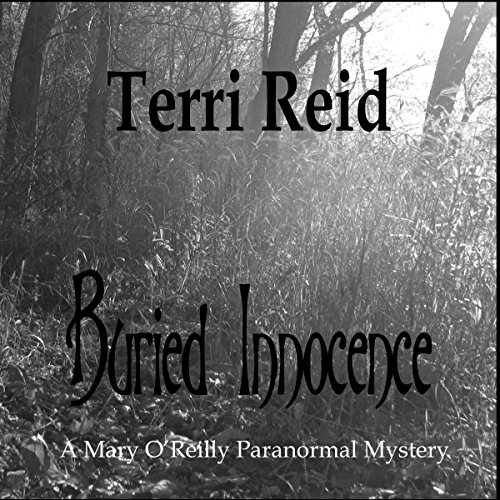 Placing the bags on the counter, Donna slipped off her jacket and hung it on the back of a kitchen chair, and then she pulled an apron over her work clothes. She started unpacking the groceries, first putting the refrigerated foods away and then she started working on the canned goods. She smiled as she heard Ryan singing. It wasn't a tune she was familiar with, so he must have learned it in daycare.

"Where did you learn that song?" she asked him, leaning over the open counter to listen more closely to the words.

She smiled. Ryan's invisible friend was certainly creative. "Well, say thank you to Liza for me," she replied. "It's a pretty song."

Slightly alarmed at the lyrics, Donna walked around the counter and entered the living room. "How would you like to watch your favorite cartoon?" she asked, picking up a DVD on a shelf next to the television set and sliding it into the DVD player.

"Well, Liza can sing and you can watch television," she said. "How's that for a compromise."

He nodded. "I guess that will be fine."

She turned on the television and waited until Ryan's show started before returning to the kitchen to put away the rest of the groceries. She opened up a cupboard and was reaching up to the top shelf to put an extra jar of peanut butter away when she heard the soft voice behind her. It was high-pitched, like a little girl's voice, but it held an ethereal quality to it as it filled the kitchen.

What listeners say about Buried Innocence

Beautiful and here we go again.

Nothing like love and ghosts and mysteries and all that makes us love a nd laugh and cry and wonder what comes next.

Really? This is the story line the author has sunk to? Gratuitous violence against children? I will never pick up a book by Terri Reid again.

We have enjoyed all of the books in this series, and this may be the best yet. We can't wait for book 14 to become available!