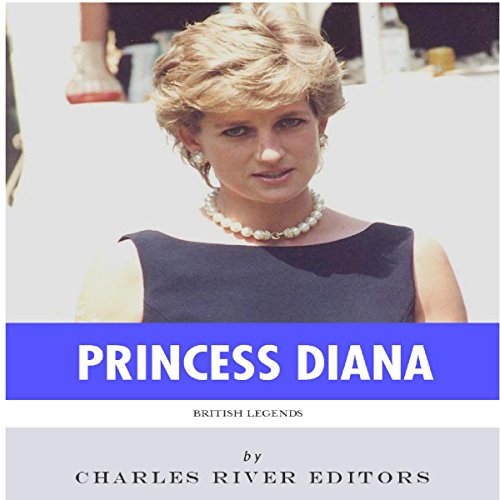 British Legends: The Life and Legacy of Diana, Princess of Wales

British Legends: The Life and Legacy of Diana, Princess of Wales

"Anywhere I see suffering, that is where I want to be, doing what I can." —Diana

A lot of ink has been spilled covering the lives of history's most influential figures, but how much of the forest is lost for the trees? In Charles River Editors' British Legends series, listeners can get caught up to speed on the lives of Great Britain's most important men and women in the time it takes to finish a commute, while learning interesting facts long forgotten or never known.

Born in 1961, the woman who would become Princess of Wales and one of the most famous people in the world was literally nameless for a week. Expecting a boy, the parents finally came to grips with the fact that she was a girl and eventually named her Diana. Fittingly, even though Diana had been born into one of Britain's most historic and prominent families, the world came to know her better for her first name than her last name, Spencer.

Diana's first brush with Prince Charles came when the prince was dating her older sister, but the world met Lady Diana after Charles began courting her from 1980-81. The two were married in the most famous and watched wedding of the 20th century, with nearly 750,000 tuning and over half a million standing outside to see the Royal Wedding. From then on, Diana became one of the most famous people in the world, with every step she took and every decision she made heavily scrutinized across the world. Though she stayed busy with international charities, human rights work, being a mother, and all of the necessities being part of the Royal Family required, Diana remained a tabloid fixture all the while.

Thanks to her fame, the life and tragic death of "Princess Di" are known the world over, and despite all of the controversies that swirled around her during her final years - she was considered a saint by some and a traitor to the established order by others - Diana nevertheless remains one of the most famous and popular Britons in history.

If you just want a list a facts, this is the book for you. Nothing we didn't already know.

This was an overview of the life of Peincess Diana. While short, it did touch on the major aspects both good and less flattering. A nice, short listen with a wonderful narrator.

Yes! The narrator is amazing!

Which character – as performed by Chris Marsden – was your favorite?

The entire performance was top notch.

Yes and I already have, twice.