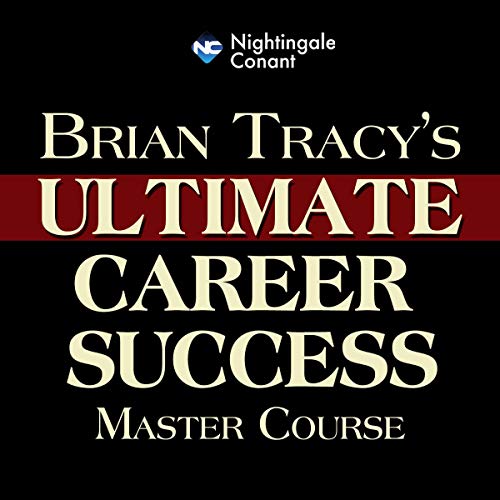 By: Brian Tracy
Narrated by: Brain Tracy
Try for £0.00

I’d like to welcome you to Brian Tracy’s Ultimate Career Success Master Course.

Most everyone, as they enter the workforce in their late teens or early 20s, has hopes and visions of a successful career. And a significant minority even dream of reaching a high-level executive position - such as vice president or CEO. And a select few have the ultimate dream of calling their own shots and being the owner of the entire enterprise.

Career dreams can be enticing and compelling indeed. But, soon, those dreams are faced by the cold, hard reality of the marketplace. According to Statista.com (a job statistics website), between 2016 and 2018, the majority of individuals changed jobs every one to five years. According to the Bureau of Labor Statistics, a long-term lifetime study showed that between the ages of 18 and 48, a person held an average of 11.7 jobs! And once a person is over 50, the likelihood that their job changes will be involuntary (such as from layoffs or disability) tends to increase dramatically. And here’s an eye-popping statistic on the reality of employment in today’s marketplace: According to a 2014 job satisfaction survey by The Conference Board, more than half of American’s are currently unhappy with their job. If we hold all of these career statistics in mind, it paints a picture of great flux; constant change. Depending on one’s circumstances, that flux may be invigorating (such as pursuing a better opportunity for oneself) or unnerving and turbulent (such as suffering a layoff, the bankruptcy of a business, or undesired career change).

But, regardless how such change feels, there’s no doubt that navigating a career in today’s job market requires much more skill and planning than the careers of the mid-1950s, when a large percentage of the workforce was in the same job for many years. Better yet, especially for those who have chosen to invest in this audio collection, we want a way to make the realities of the marketplace serve our greatest dreams for career success and happiness. And Brian Tracy is the perfect person to help you do just that!

You see, Brian Tracy is one of the foremost experts in the world on career success - and he has been a trusted advisor to the world’s top CEOs, sales superstars, entrepreneurs, and managers for more than 40 years!

Brian Tracy is chairman and CEO of Brian Tracy International, a company specializing in the training and development of individuals and organizations. He has consulted for more than 1,000 companies and addressed more than 5,000,000 people in 5,000 talks and seminars throughout the US, Canada, and 70 other countries worldwide. As a keynote speaker and seminar leader, he addresses more than 250,000 people each year. He has studied, researched, written and spoken for more than 30 years in the fields of economics, history, business, philosophy, and psychology. He is the top-selling author of more than 70 books that have been translated into dozens of languages.

Prior to founding his company, Brian Tracy International, Brian was the chief operating officer of a $265 million-dollar development company. He has had successful careers in sales and marketing, investments, real estate development and syndication, importation, distribution, and management consulting. He has conducted high-level consulting assignments with several billion-dollar-plus corporations in strategic planning and organizational development.

Remember this is compilation of diffeent Brian Tracy programs. So if you have a few of his other programs you might hear a few gems for a 2nd time. Although I do not feel this is a negative.

This man literrally changed my life 30 years ago when I bought a single tape from the Nightingale Conant company and it taught me literally that I was in charge of my life. Thank you Brian
Jeff

Worth listening again and again. Powerful ideas and tactics to get success in business and other aspects in life.