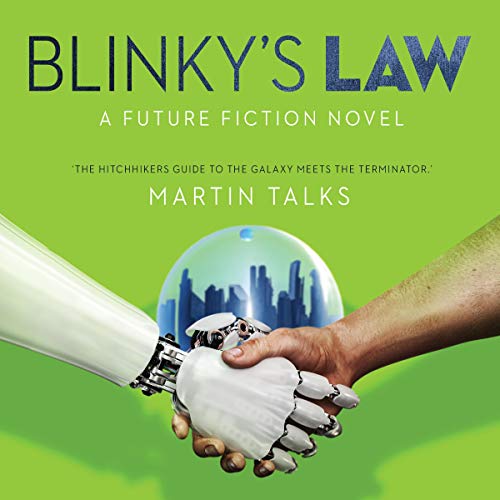 At a time of crisis, should you hug a robot?

The Hitchhikers’ Guide to the Galaxy meets the Terminator.

Locked down within the biosphere walls that surround Luhan Hypercity, Hiu has only chattering devices for company. It is not going well. His fridge has just filed for divorce. In fact, all of the devices have begun acting oddly recently. Sharkey’s Law that "Robots shall always be kept under meaningful human control" has broken down. Hiu finds his usual routine of eat, sleep, get annoyed by robots, repeat, has been disrupted. He is worried that they may have been infected with a virus. Could it leap from robots to humans? A new Law is needed and time is running out fast, not just for Hiu, but for the whole human race.

The debut novel written by the futurist and emerging technology expert, Martin Talks, who works with companies such as Google. He believes that “it is only through fiction that we truly explore our future, as the future is no longer an extension of the present."

It is the first of a planned series of novels in the Luhan Series, so take your place on the hyperloop to the future.

What listeners say about Blinky's Law