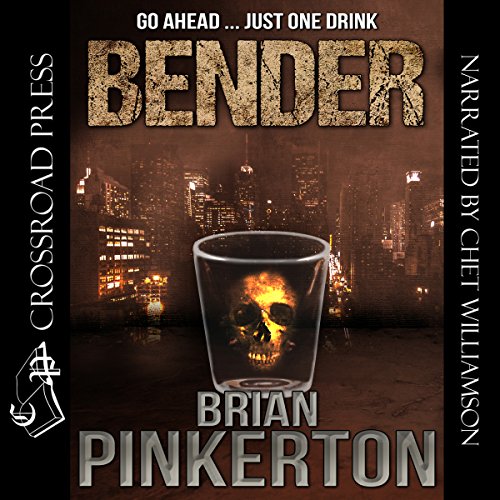 After a night of heavy drinking, business traveler Bill Rowe wakes up in his Chicago hotel room with an epic hangover: pounding headache, memory loss, and a naked dead woman in his bed. Forced to go on the run, Bill must piece together the sequence of events during his alcohol blackout to prove his innocence. Pursued by mysterious assailants, he discovers he's been framed as part of an elaborate scheme to cover up a shocking secret.

Brian Pinkerton's Bender is a thriller fueled by whiplash twists and turns of the plot and one man's relentless fight for justice.

What listeners say about Bender

I liked the feel of the book from the very start.The plot grabs you from minute one and you'll be thinking about it even when you are doing other stuff. Be careful don't get dizzy with all the twists, but you will like each and every one of them. The characters were all believable...The narrator did a good job of it....I received a free promo copy audiobook, and I am voluntarily giving an unbiased review.