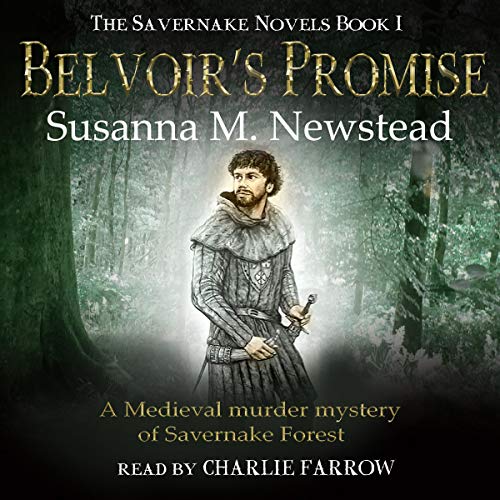 By: Susanna M. Newstead
Narrated by: Charlie Farrow
Try for £0.00

A huge forest. A young nobleman. And death stalks them both....

The date is 1191. Aumary Belvoir is 17. Seventeen and bound by an oath so holy, he dare not break it. Unexpectedly thrust into the position of the warden of the Savernake, a woodland of 150 square miles in Wiltshire, will Aumary succeed in stamping his authority on the forest?

He has also acquired a half brother he did not know he had. With the help of his experienced staff and his willing family, things go well. The surprise brother, Robert, proves a worthy assistant. Then the deaths begin.

Are they accidents as they seem, or is there something more sinister happening in the forest?

Seventy-year-old Aumary is dictating his story to a scribe. He can no longer write for himself and wishes to set down for all time the truth of two mysteries: the death of Arthur - duke of Brittany, King John's nephew and rival - and other more disturbing deaths closer to home.

Aumary Belvoir sets off to uncover a plot so dastardly and deadly, so patient and well-planned that it takes 13 years to lay bare.

What listeners say about Belvoir's Promise

Loved the book, found it strange at first having a female voice read the story.

Loved this book. Loved the storyline and history. Looking forward to the second book in the series.

An excellent book giving historical facts and making me feel I know a lot more about life in the 1200's and the politics of the time. A great mystery story with characters you get to know and commiserate with when something happens. The narrator is excellent with smooth voice and great pronunciation. I felt so comfortable listening to her. I definitely recommend this Audible book. It stays with you long after you have finished listening to it. Bravo Sue, a brilliant book which grips you throughout.

Far too often, historical fiction can fall flat in the accuracy of the time period or is a rambling over-detailed slog with poor character development. This work is neither. "Belvoir's Promise" is quite accurate in it's depiction of early 13th century England, and it also has highly developed and relatable characters. The relationship between the Brothers Belvoir is particularly complex, yet it never descends into being long winded. Charlie Farrow's narration is quite good as well, as her diction is clear and the sound of her voice is pleasant. Her proper pronunciation of the myriad of period-specific terms is refreshing as well. The story moves along at a measured enough pace for the reader to stay with it, but fast enough to prevent stagnation. Anyone who fancies themselves as a Medievalist will be in for a treat, as that itch will be scratched, and the added bonus is an entertaining and unpredictable story to keep the reader entertained.

I love the fiction: historical genre, but for me, this is the worst book I’ve read/listened to in this genre so far. By chapter 4 I could predict the story to the end.
I do not like animal cruelty.
Author said this book was 40 years in the making, started at an early age. Very much sounded like a 40 years ago story.

Narrator did nothing to help this book. Doubt I’d get a book narrated by Charlie Farrow, and know I won’t download another from Susanna M. Newstead.
Ugh