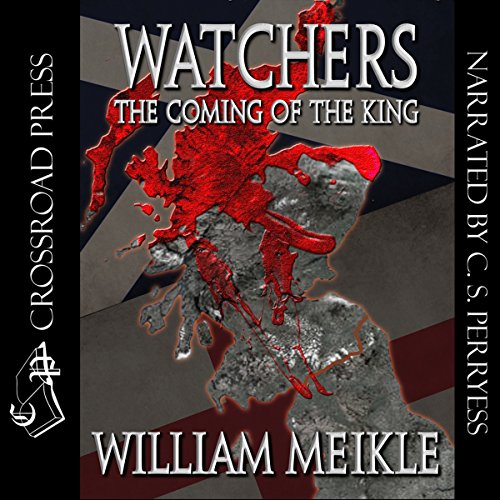 Watchers: The Coming of the King

Watchers: The Coming of the King

The old wall is a border: England and Scotland, South and North, light and darkness.

It is 1745, and the long-awaited night as come. The Bloodking calls his army to battle, and armed with the powers of the undead and the damned, he will bring them South to claim his birthright: The throne of Britain.

Only the old Watchers on the wall stand in his way. They, their swords, and their faith. But too much time has passed and the Watch has grown slack and ill-prepared for the coming war. Only Martin and Sean have seen the horrors that lie ahead for humankind. Only they have the power to stop it.

Now, two young officers of the Watch have a duty to perform:

The king is back and he's not happy

First of all I can tell you I'm going straight on to book 2.
I like how he's used the jacobite rebellion as his inspiration I mean essentially it is the jacobite Rebellion but with vampires instead of Scotsmen
the bonnie Prince Charlie is an evil vampire king.
And England is protected by the men of Hadrian's wall the thin line protecting everyone from the darkness.
The two main characters Sean and Martin are very likeable they both experience great adventures and there are other great characters as well and the who setting is amazing I enjoyed it very much.
I can't wait to see what happens in book 2.