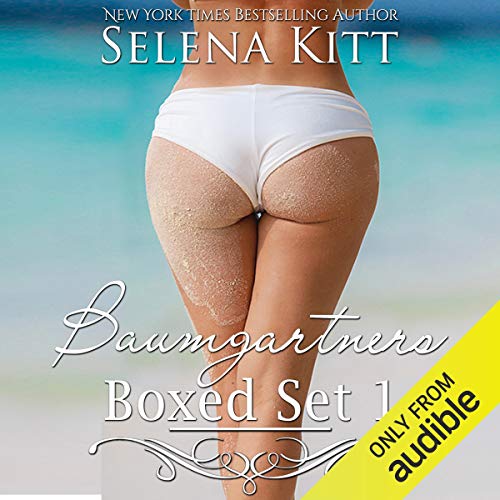 Listen to the uber-hot, fun-in-the-sun, coming-of-age book that started it all! Ronnie, now a college freshman, has been babysitting for the Baumgartners so long, she's practically a member of the family. When Mrs. Baumgartner - who insists on calling her Veronica - invites Ronnie along on their yearly vacation, the nanny jumps at the chance. There's no way she's going to turn down an opportunity to work on her tan in the Florida Keys with Doc and Mrs. B! But Ronnie isn't the only one with ulterior motives. The young co-ed discovers that the Baumgartners have wayward plans for their au pair that are going to lead places she could have only imagined. Note: This wicked hot sun and sand coming of age story will seduce you as quickly as the Baumgartners seduce innocent Ronnie and leave everyone yearning for more!

Ronnie, now all grown up with a family of her own, gets a memory-jolting invitation to join the Baumgartners at their vacation home in the Florida Keys, and suddenly, everything comes flooding back. She hasn't thought about the Baumgartners in years, at least that's what she tells her wildly handsome husband, T.J. But it turns out that her curious husband has made a few phone calls and opportunity, or perhaps fate, presents itself, giving them a chance to live out their fantasies. But once again, Ronnie finds herself torn between what she wants, and what someone else wants for her.

Henry Baumgartner's in trouble. He used to be a big fish in a little pond, but now he's in college, and the world sure seems a lot bigger! Instead of passing him because of his athletic ability like they did in high school, he discovers his professors actually mean it when they say he needs to do the work or he's going to fail his classes - and be kicked off the all-star hockey team. Turns out, Henry's been keeping a secret, and while he desperately continues to try to keep it, from the girl he's got a crush on, from his roommate who's after the same girl, from his parents and teachers and coaches, he knows he can't go on keeping it forever. So when his parents hire him a tutor, he turns to this angel of mercy for help, but little does he realize that Mrs. Toni Franklin is going to complicate his life in ways he never could have foreseen....

Didn't like any of the characters and overall everythihng I have listened to so far feels cringy and a little uncomfortable, and not in a good way. The wife in particiular makes me shiver, not sure if that is down to the narration or the writing, but probably both.

Has got to go! Story was great! Performers were great! But that music! Horrible decision!

The story was very good but was hindered by the narrator’s audio quality. It sounded like he was speaking into an oscillating microphone, there were times I could not even hear the words he was speaking.

too hot for words

this was so good and I was so sad when it was over!! I will definitely be looking for more books from this author.

The third is not worth it

The first two were great the third was awful! About everything few words were not pronounced.

Listen to book one and skip the rest.

The first part was unbelievably hot very detailed. the author took her time building. The next two parts... eh not so much... rushed. missing that build and connect with the main characters... just lacking when compared to part one.

3rd story seems like words are cut off or something throughout the book, beginning and ends of sentences once in awhile. Not enough that you can't understand what is happening, but enough to be annoying. The rest of the set is great!

Really enjoyed the stories and sexy characters.
As expected from selena, very well thought out.

The short stories merged together made for a wonderful and exciting listen. The story drew me in and often I was sitting in the car to finish a chapter. I am thankful to be able to listen to this series like this.

great til the last book

really hot really steamy, ....but the last story in the series just sucked. narration was terrible too

overall the stories were very well done and exciting. the third story, Henry, had some minor audio problems but was ok to listen to. The first two stories were DEFINETLY more thrilling and passionate with the sex scenes.